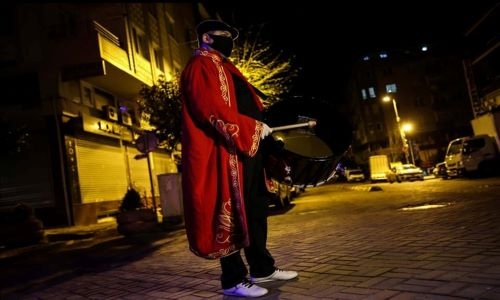 In Turkey’s metropolitan province of Istanbul, drummers dressed in Ottoman-style attires have been keeping the age-old tradition of Ramadan alive for centuries of beating their drums in the wee hours of the morning to wake residents for their “sahur” meal, the first meal of the day eaten before observing the fast. Beating their drums across the Istanbul neighbourhoods, more than 3,000 drummers gathered to wake residents for their first meals.

Fikir Çıgıcı, one of the drummers, said he has been coming to Istanbul for the last 40 years from the Mediterranean province of Kahramanmaras, especially to play his drum during the holy month of Ramadan.

“Beating drums during Ramadan is a family tradition for us. I learned it from my father, and now I pass this on to my children,” Çıgıcı told daily Hürriyet on April 13, the start of the Ramadan month.

Often people who wake up hearing the drums tip these drummers as a part of the tradition. “We try to feed our stomach with these tips. I hope this Ramadan will be fruitful to us,” he added.

The tradition of beating drums during Ramadan is not only prevalent in Istanbul but is widespread across the country. Talip Ister, a 75-year-old drummer from the province of Hatay’s Altınözü district and lovingly known as uncle Talip there, has been using a drum he received as a gift nearly two decades ago from the mayor of the province.

Despite his age, Ister, the only drummer in the neighbourhood, has been performing his job ardently every Ramadan for the last two decades. Having no children and spending life with his wife, Ister, apart from his age pension, has been surviving on the income he earns during the Ramadan month by drumming on the streets. Speaking to the state-run Anadolu Agency, Ister said he loved his job and could play well despite his age. “I am content and happy, thanks to God. I will continue to play the drum in this blessed month,” he said, adding that he would continue drumming as long as he could.

Mehmet Marık, a 63-year-old veteran drummer, has been touring the Aegean province of Denizli’s Sofular neighbourhood for nearly half a century. “I wake up at two in the morning, then flock to the streets with my drum. This is my job,” Marık said. “When I wake people up [for their sahur meal], I feel happy. This keeps me going to play the drum as much as I can.” Fasting from sunrise to sunset during Ramadan is one of Islam’s five pillars. The month is a period of self-examination and increased religious devotion.

Muslims in Turkey are observing fasts, which will last until mid-May, under certain restrictions because of the pandemic. 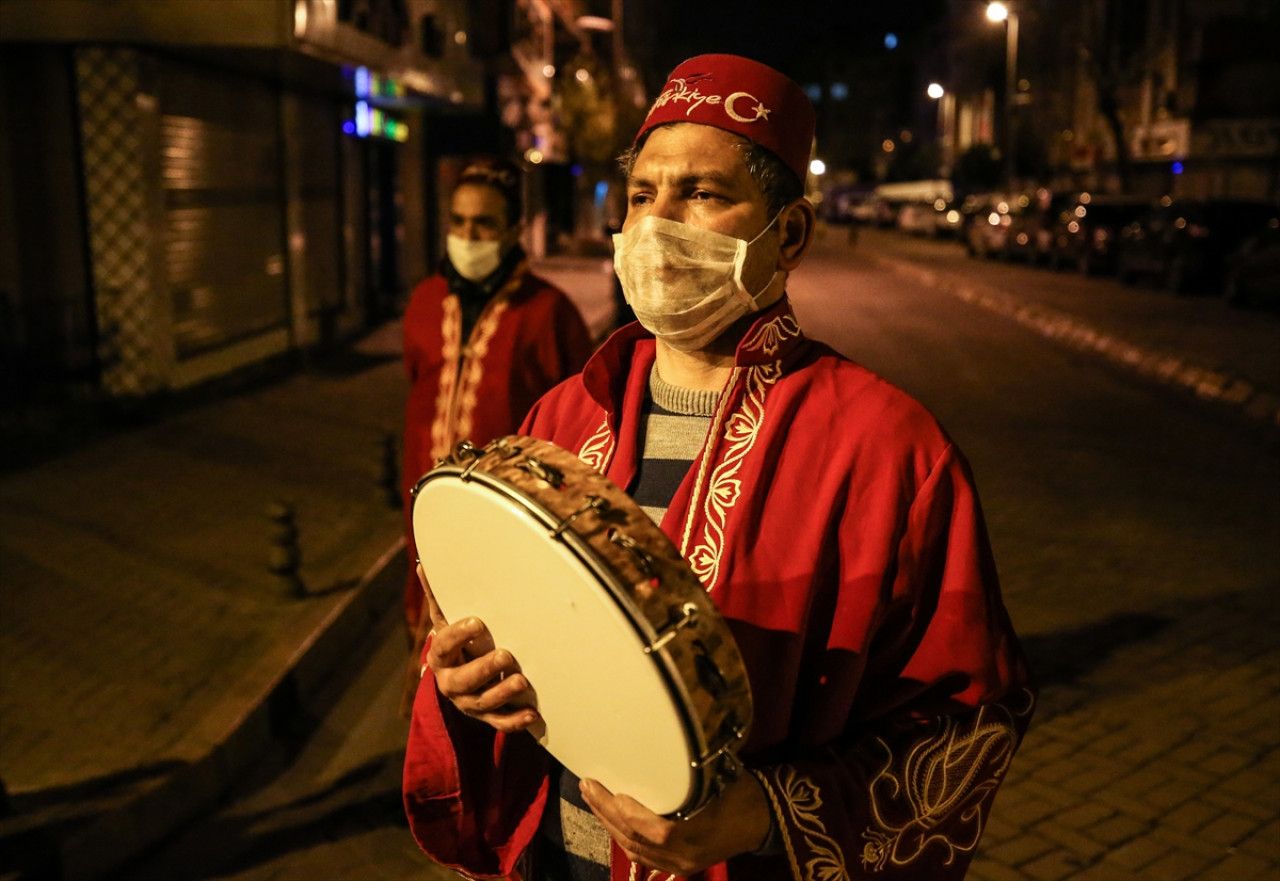 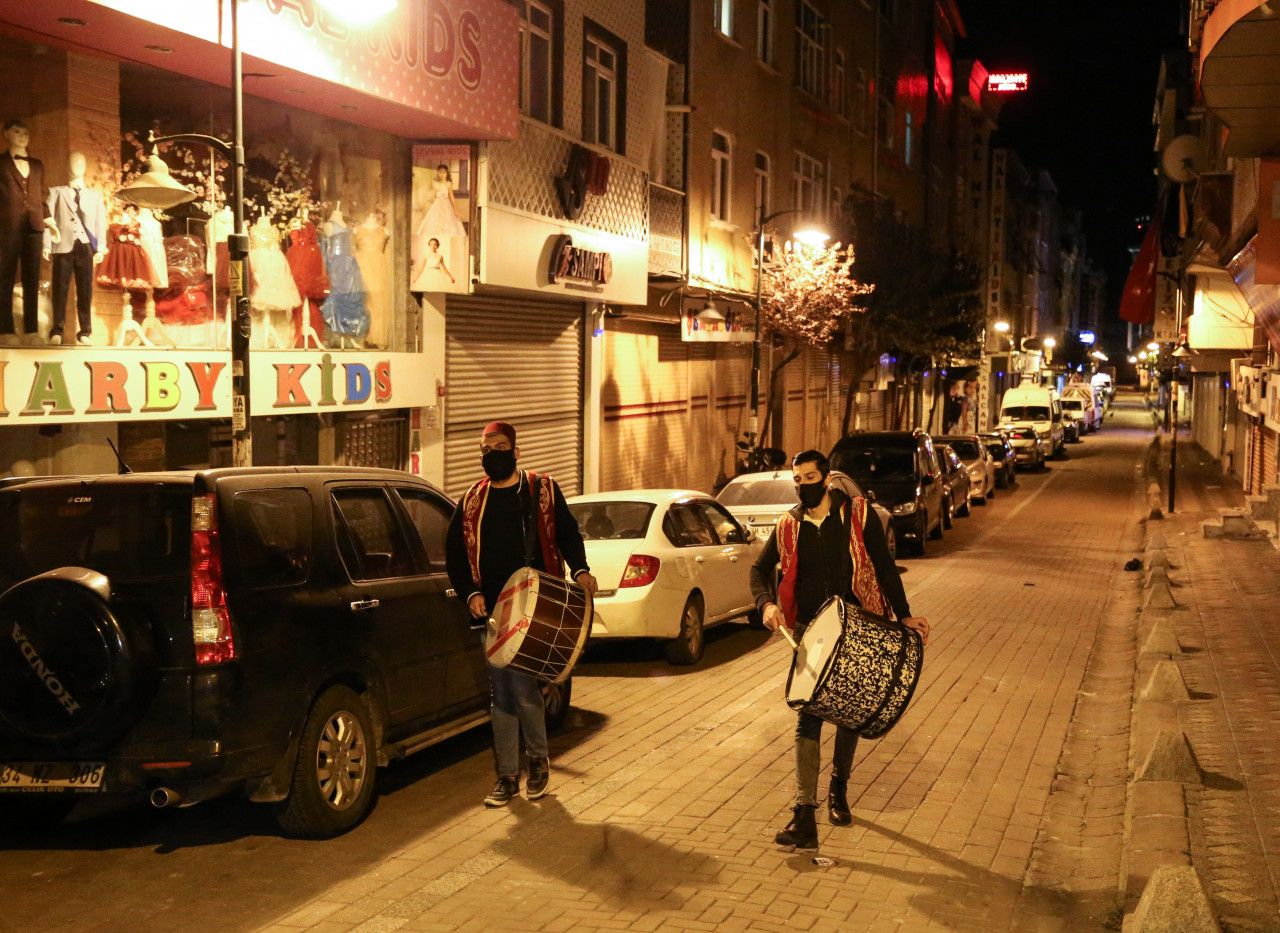