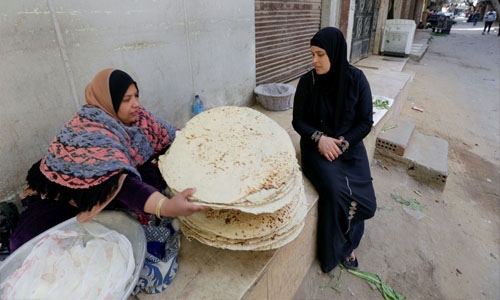 For 58-year-old Nour al-Sabah Mohammed and her crew of bakers, business is brisk during the holy month of Ramadan.

The women travel by train to Cairo to sell their homebaked bread, piled high on metal trays, as well as eggs, vegetables, and cheese, produced by neighbours in a farming village near the city of Beni Suef, about 150 kilometres (90 miles) to the south.

During Ramadan, when fasting Muslims indulge in large family meals after sunset and stock up on supplies well in advance, the women double their usual output.

Mohammed’s daughter and daughter-in-law make the two-and-a-half-hour train trip to Cairo twice a week to sell from spots on the pavement that they’ve occupied for the last five years.

They set off at 10 p.m., leaving their children in the village and returning the following evening once they’ve sold out. Back in Beni Suef, they distribute the earnings to other producers, each of whom made about 30 Egyptian pounds ($1.91) from the recent sale of 15 kilograms (33 lbs) of bread, along with the other products.

“This way we work hard for our living and we make each other stronger,” said Noura Hassan, Mohammed’s daughter-in-law. “It’s also a good thing that these women are helping out their husbands and their children.” 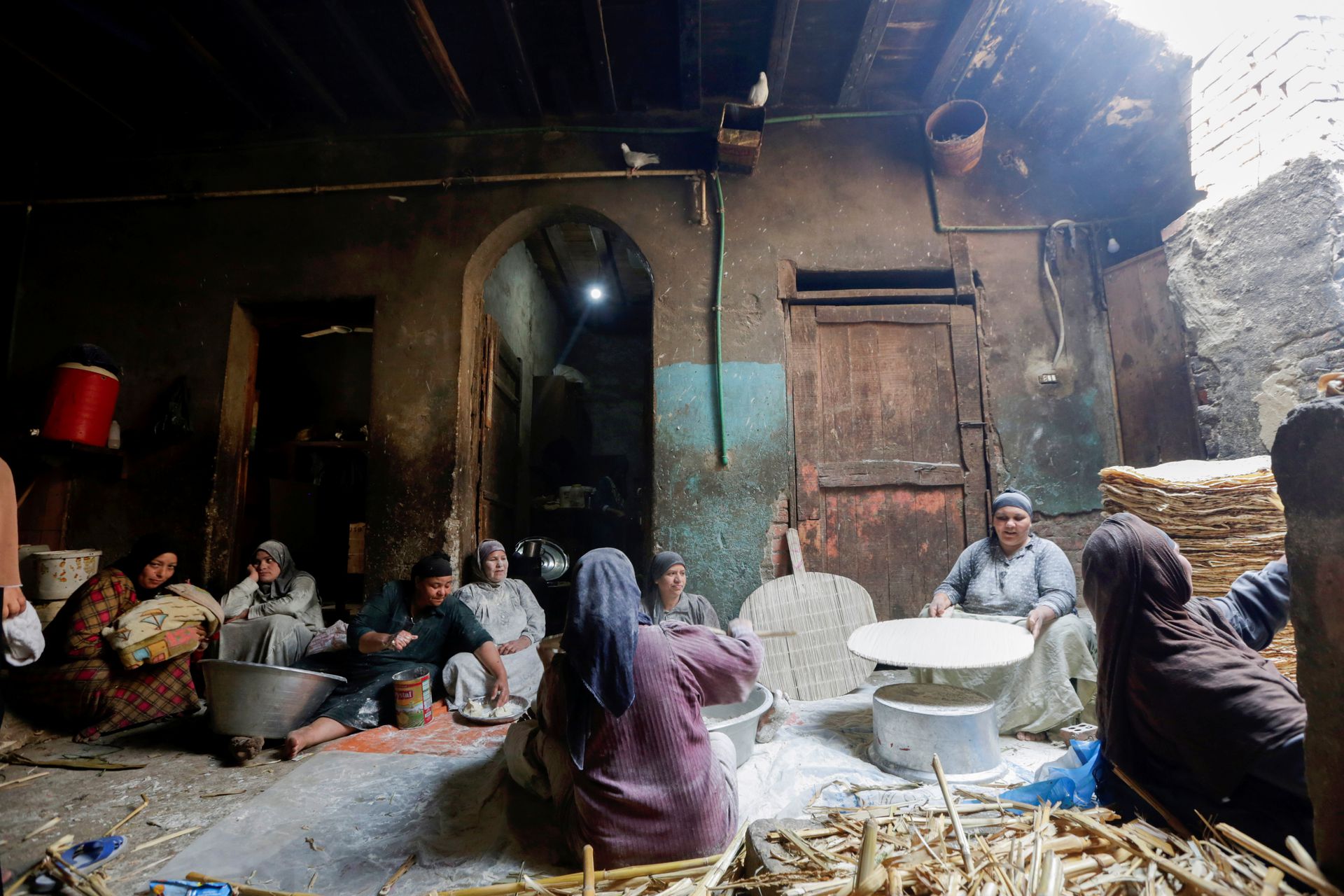