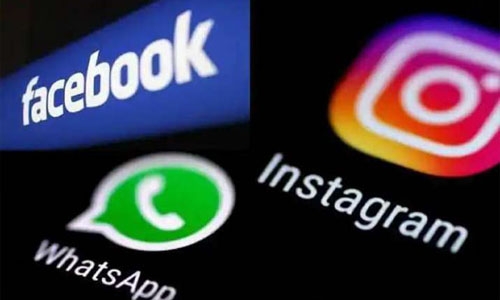 WhatsApp, Instagram and Facebook suffered an outage in Bahrain and worldwide on Friday night. A lot of users were unable to send or receive messages. Some users also reported that they failed to even log in to WhatsApp Web. The issue started at around 8.10 pm in Bahrain and prevented WhatsApp users from sending or receiving messages on the service for more than an hour. Though, WhatsApp is claiming that the service was only down for 45 minutes.

While the company didn’t reveal the exact reason, it did assert that there was a technical issue. “Earlier today, a technical issue caused people to have trouble accessing some Facebook services. We resolved this issue for everyone, and we apologize for any inconvenience,” a Facebook spokesperson told Indian Express.

Apart from WhatsApp, both Facebook and Instagram were also not working for many users. According to popular downtime reporting service, more than 28,500 people reported issues with Instagram and over 34,127 users were witnessing problems with WhatsApp.

The cited source suggests that over 49 per cent of WhatsApp users were facing connection issue, 48 per cent of people were unable to send or receive messages on the platform and 2 per cent were not able to log in.

Downdetector showed that around 57 per cent of Facebook users reported about the total blackout and 29 per cent were not even able to access the social media app. Around 66 per cent of Instagram users were not able to access News Feed as well as its official website. In case you are not aware, Downdetector is a site that monitors outages by collating status reports from users and some other sources.

Besides, this is not the first time that the services have been impacted. In December 2020, WhatsApp went down alongside Instagram and Facebook for a few hours, before the services were restored.