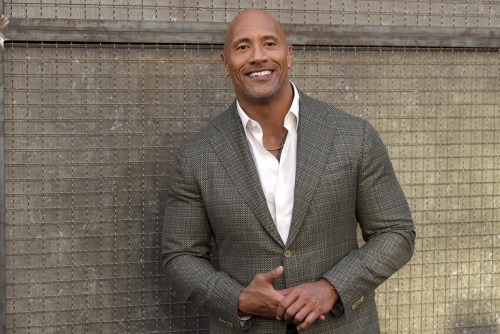 Hollywood superstar Dwayne Johnson has teased that he will be giving an important update about his upcoming superhero film “Black Adam”. After years of development, Johnson was supposed to start filming “Black Adam” this year, which got pushed due to the coronavirus pandemic.

In his recent Instagram post, Johnson has shared he will be making an appearance at the DC FanDome event to talk about the project. “The hierarchy of power in the DC Universe is about to change,” Johnson shared on Instagram along with an artwork, which shows him in the supervillain avatar.

“I will be joining the epic DC FanDome on 08.22.20. This one is for YOU - THE FANS,” he added. Earlier this year, Johnson revealed that he has started training for the superhero movie, which promises some high-powered action and CGI razzmatazz. The actor took to Instagram and posted a couple of snaps from his preparation. In the images, he can be seen working out at a gym.

Hamilton can expect a quicker car in Austria