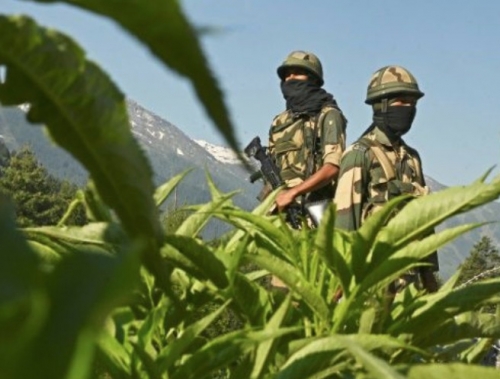 China has freed 10 Indian soldiers seized in a high-altitude border clash in the Himalayas which left at least 20 Indian soldiers dead, media reports said yesterday. The release follows several rounds of talks between the two sides in a bid to ease tensions after the battle on Monday, in which scores of troops from the two sides fought with nail-studded batons and hurled rocks at each other.

The 10 soldiers were freed late Thursday, the Press Trust of India news agency and other media reported. The Indian government made no comment but the army released a statement saying: “It is clarified that there are no Indian troops missing in action” after the fighting in the Galwan Valley area of Ladakh.

The Hindu newspaper said an agreement on the release was reached at major general-level talks between the Indian army and China’s People’s Liberation Army. India and China have blamed each other for the most serious fighting in more than 50 years along their bitterly contested Himalayas border, where they fought a war in 1962.

Amidst calls for a boycott of Chinese goods, thousands attended funerals on Thursday for many of the 20 Indian soldiers killed in the clash. The Indian military said 18 troops were still being treated for serious injuries. China has admitted that it suffered casualties but has not given figures.

The two sides have held a series of political and military talks in a bid to bring tensions down but warned each other in public statements. India should “not underestimate China’s firm will to safeguard its territorial sovereignty,” China said after talks between its foreign minister Wang Yi and his Indian counterpart Subrahmanyam Jaishankar.

Jaishankar said in turn that China had launched a “pre-meditated” attack which would have a “serious impact” on relations between the world’s two most populous countries.

Virus was already in Italy by December, study finds