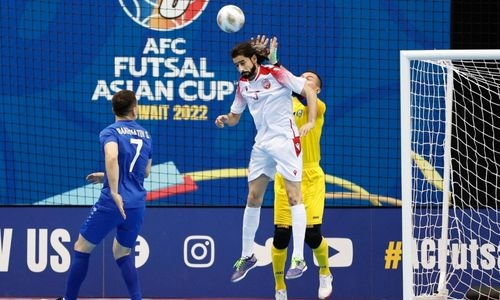 Bahrain were eliminated from further contention in the AFC Futsal Asian Cup 2022 last night. The Bahrainis bowed out from the competition following a disappointing 1-6 loss to Uzbekistan in Kuwait City. The defeat was their worst result from the tournament and it was their second in three outings.

They had previously lost 3-4 to Tajikistan and then drew 4-4 with Turkmenistan. The nationals thus finished the championship in third place in Group B with just a single point.

The Bahrainis were one of 16 teams from across the continent taking part in the competition, which is being held for the 17th time. There are four groups in the opening stage.

Each of the top two teams from all four groups move through to the quarter-finals following a single round-robin. Uzbekistan and Tajikistan advanced from Bahrain’s group.

The Bahrainis booked their tickets to this year’s Asian Cup after finishing second in their group in the West Zone qualifying tournament held last April in the UAE.