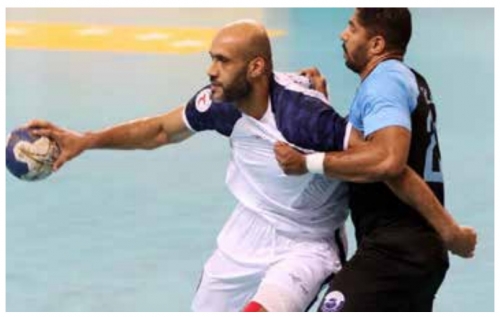 Najma enjoyed a commanding 21-14 advantage in a high-scoring first half, and despite Samaheej getting as close as two goals after the break, Najma were just too good on the night and built a comfortable lead in the closing minutes.

Najma won their third successive contest to kick off the new campaign while Samaheej were handed their second defeat in three tries. In yesterday’s other game, Barbar edged past Tubli 24-21. The contest was tied at 12-all at the half, and things remained close after the break.

Barbar led by just one goal with less than a minute remaining, but then after a timeout, Ali Abdulqader put the game away with a goal from the six-metre stripe. Tubli could not answer on the ensuing possession and then Barbar pegged the final score on a Fastbreak.

The result earned Barbar their first win of the season after drawing and then losing their opening two fixtures. Tubli, on the other hand, suffered a third successive loss and stayed bottom of the league standings. League action continues tonight with just one game on schedule. At 7pm, Al Ettifaq face off with Al Shabab.