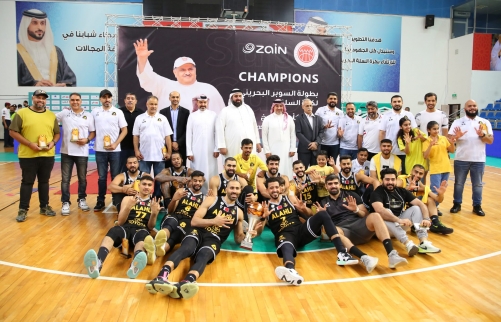 The game was played at the Zain Basketball Arena in Um Al Hassam, and it was held in honour of former Bahrain Basketball Association (BBA) president the Late Shaikh Mohammed bin Abdulrahman Al Khalifa.

The winners were presented their trophy in a ceremony following the game. With the result, Ahli not only won the cup for the third straight year; they also clinched it for the fourth time in the game’s history, equalling the record previously held by Manama, who triumphed from the 2015/2016 to the 2018/2019 seasons. 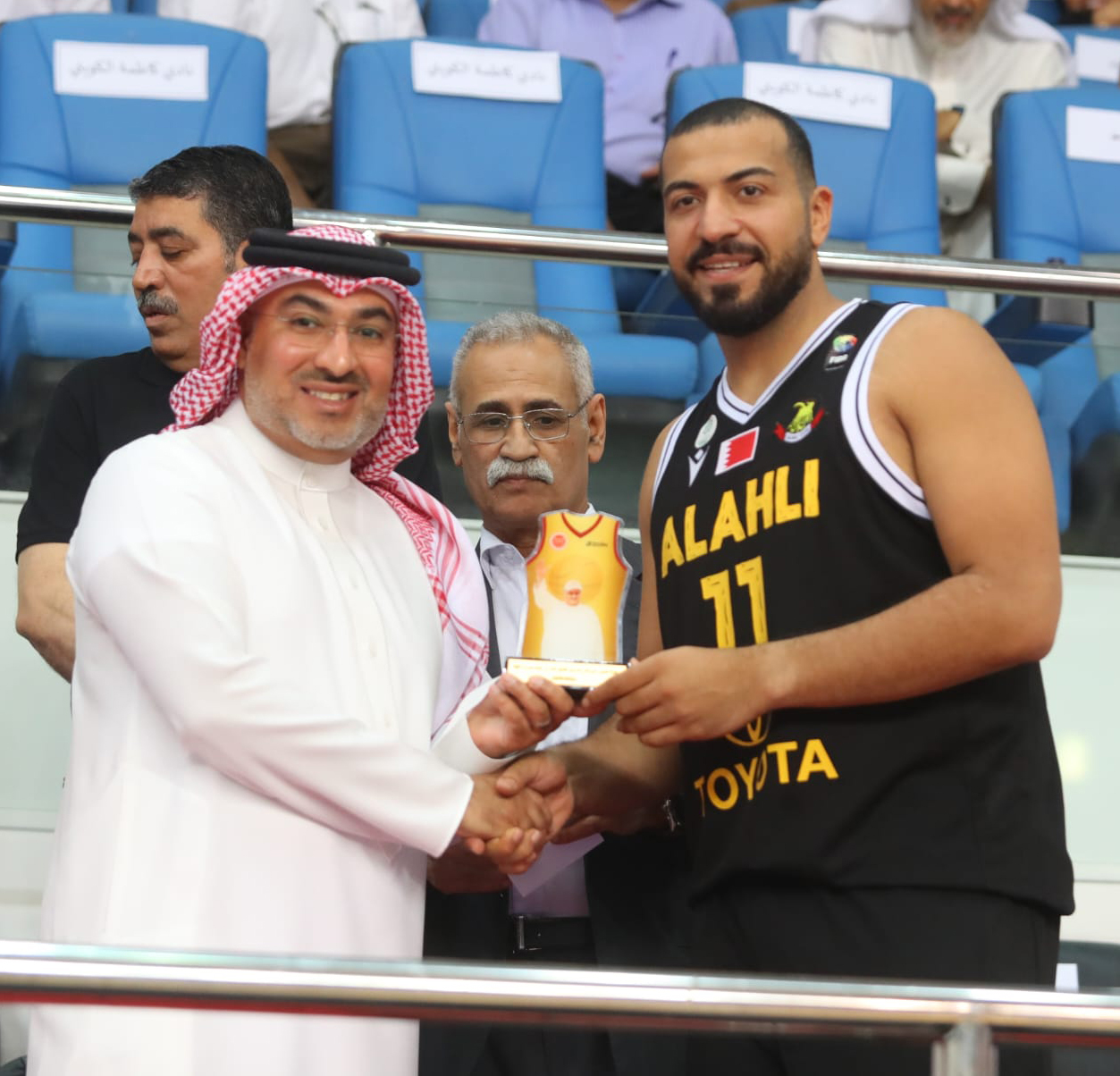 Ahli and Manama earned their places in this year’s Bahrain Super Cup—the traditional curtain-raising game of the new campaign—with Ahli being the reigning Khalifa bin Salman Cup champions and Manama finishing as the league winners from last season.

Ahli enjoyed leads as big as 19 points during last night’s clash but Manama periodically showed signs of threatening. Ahli held a slim 23-19 advantage at the end of the first quarter and then extended the gap to eight 42-34 at the interval.

Then, in the third, versatile forward Mohammed Kowayed put Ahli ahead 63-44 with a three-pointer. Manama battled back and got to within 10 in the period’s closing moments, but Kowayed was on target once more from beyond the arc just before the quarter buzzer to make it 72-59 heading into the final canto. 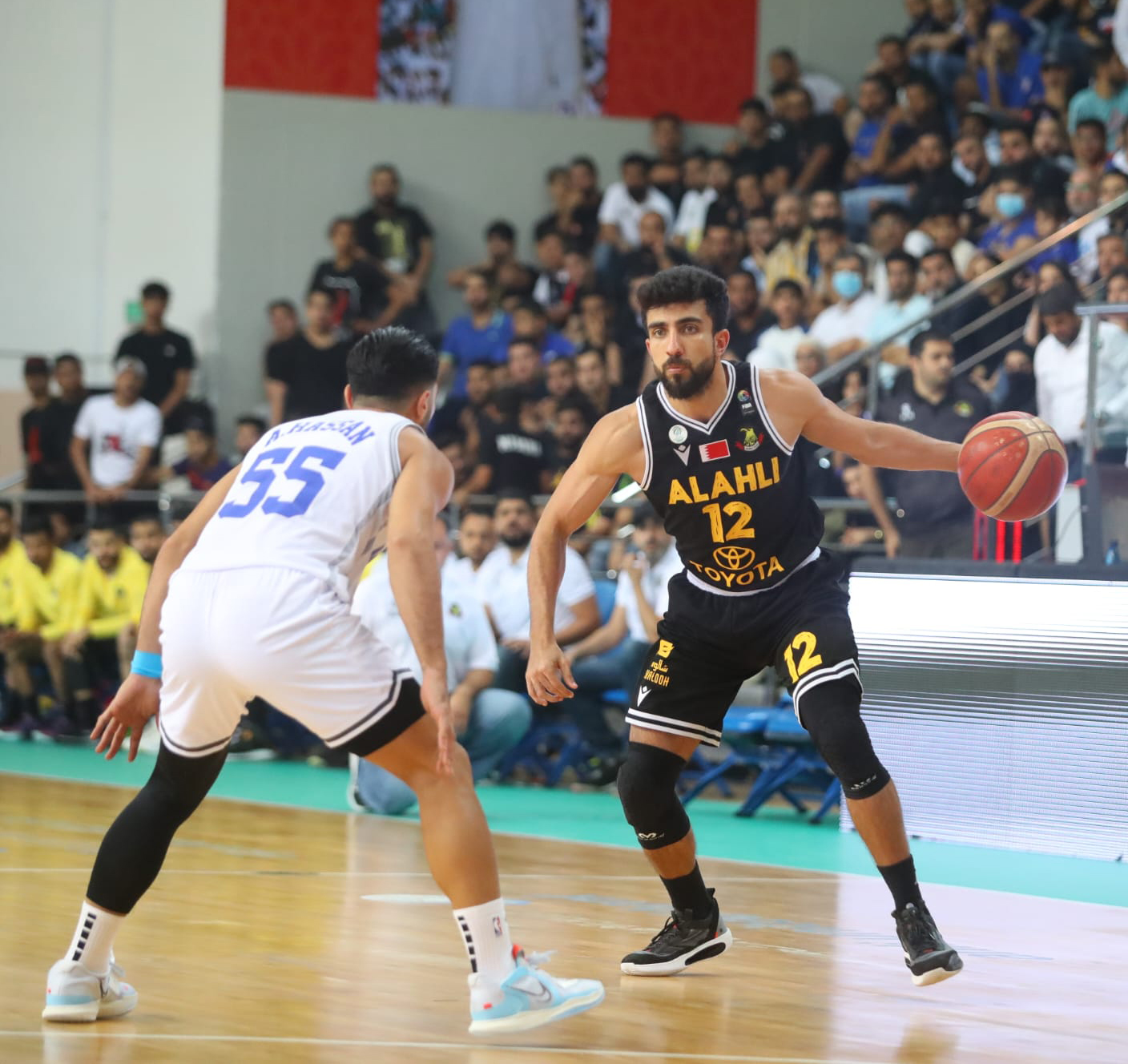 There, Ahli did well to keep Manama adrift by double digits and stave off any late charge. American Jerry Jefferson scored 35 points and took down 16 rebounds while playing all 40 minutes to spearhead Ahli.

Star guard Hesham Sarhan added 18, while Kowayed had 11 and Maitham Jameel 10. For Manama, Ahmed Salman scored 20 points coming off the bench while former NBA first round pick Jordan Lee Crawford from the US added 15 and Mohammed Ameer had 12.

Ahmed Hassan Aldurazi, who was facing his former club, chipped in with 11. The naming of this year’s Bahrain Super Cup after the Late Shaikh Mohammed was in appreciation of his great efforts in developing Bahrain basketball during his presidency, as well as his contributions as head of basketball at Muharraq Club.