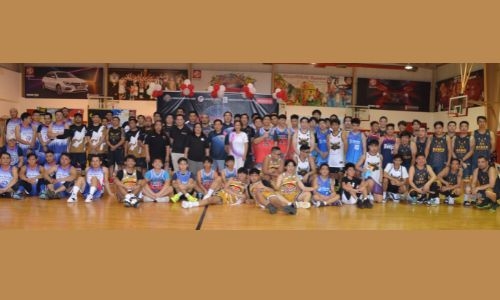 Filipino Club Basketball Group (FCBG) opened this season’s second conference with the staging of the first ‘Verminex La Liga 2022’. The opening ceremony was attended by all participating teams. Representatives from the Philippine Embassy and event sponsors also attended the event. Raffle prizes were distributed that brought excitement to spectators and attendees.

Basketball awards and prizes were also given to deserving players from last conference league with some intermission dance number as side shows. Wisers took on Union Plastics in the league’s first game. Twenty-two teams participated in three class divisions.

Games will be played every Friday at the Muharraq Club Gym in Arad. FCBG and its core officials extended their sincere gratitude to Verminex Bahrain for sponsoring the league and is looking forward to more successful partnership. Verminex, as the major sponsor of “FCBG Verminex La Liga 2022” is a specialist pest control and disinfection company operating in the Kingdom of Bahrain.