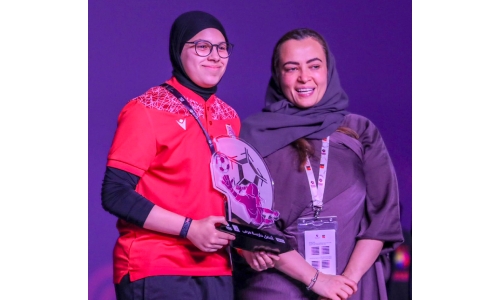 Zahra was presented her prestigious individual accolade in the tournament’s awards ceremony held following the gold medal match between Iraq and the hosts Saudi.

Iraq has crowned champions and, along with Saudi and third-placers Bahrain, were also awarded their respective trophies and medals at the ceremony.

Zahra helped Bahrain achieve three clean sheets in their four matches at the WAFF tournament, where they conceded just one goal throughout.

She played an integral part in finishing with their bronze medal success, making crucial stops in all of their contests. Among the championship’s other individual honours, Saba Tawfeeq of Saudi was named Best Player while Shokhan Salihi took home the Top Scorer award with eight goals.