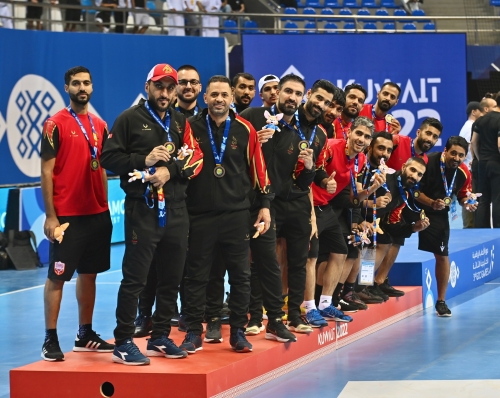 Bahrain’s men’s national futsal team have been drawn in a tough Group B for this year’s AFC Futsal Asian Cup 2022, which is set to be held in Kuwait this September.

The Asian Football Confederation (AFC) conducted the draw ceremony virtually yesterday, and the Bahrainis emerged in a group alongside Uzbekistan, Tajikistan and Turkmenistan.

There are four groups in all for the competition’s preliminary round. Group A features Kuwait, Iraq, Thailand and Oman; Group C comprises Iran, Lebanon, Chinese Taipei and Indonesia; and Group D includes Japan, Vietnam, South Korea and Saudi Arabia.

Each of the top two teams from all four groups move through to the quarter-finals. Meanwhile, the Bahrainis were also drawn in Group B for the fourth West Asian Football Federation (WAFF) Men’s Futsal Championship, to be held next month, also in Kuwait.

Bahrain are in a group along with Oman, Lebanon and the UAE. Group A consists of Kuwait, Palestine, Saudi Arabia and Iraq. Following a single round-robin, the top two from each of the two groups move on to the semi-finals.

On the distaff, Bahrain’s women’s futsal team are also set to compete in the third WAFF Women’s Futsal Championship in Saudi Arabia, also next month. They have been drawn along with Palestine, Iraq and the UAE for their competition. The other group comprises Oman, Kuwait and Saudi Arabia. The top two advance to the final four.