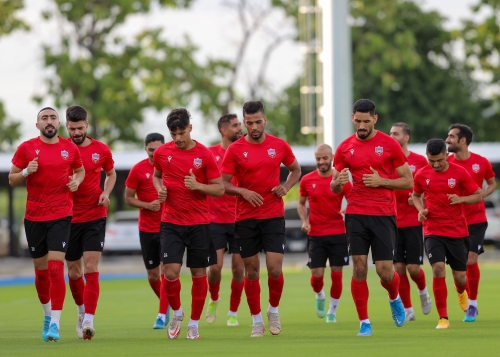 Bahrain’s senior men’s national football team yesterday kicked off their overseas training camp in Bangkok, where they are preparing for their upcoming qualifying matches for the AFC Asian Cup 2023.

The nationals held their first on-pitch sessions at the Thai capital under the supervision of head coach Helio Sousa. They are gearing up for their games next month in Kuala Lumpur, where they are set to compete in Group E of Asian Cup qualification alongside Turkmenistan, Bangladesh and hosts Malaysia.

The games will be held over a single round on three matchdays, including on June 8 against Bangladesh, on June 11 against Malaysia, and on June 14 against Turkmenistan. The nationals are scheduled to play three friendly matches while in Bangkok.

The first is a training exercise with their Thai counterparts on May 24, and then an international tune-up with the hosts on May 31, which will be the final day of their camp. The Bahrainis will also take on Myanmar in another game on May 27.

There are 24 players in the camp.