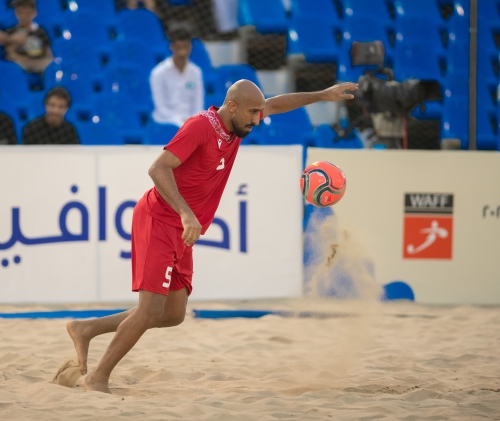 The Bahrainis scored an emphatic 4-2 win over Palestine in their opening Group B match. Mahran Maatouk was the star performer for the nationals, scoring an impressive hattrick in the contest.

Salman Salim supplied the nationals’ other goal. Bahrain will play their next match today against hosts Saudi at 8pm, Bahrain time. The result will determine the finishing order in their group and those advancing to the semi-final round.

The nationals are coached by Sadeq Marhoon. Group A comprises four teams, including Kuwait, the UAE, Lebanon and Oman. The Bahrainis conducted an external training camp in Oman over the past few weeks in preparation for the competition.