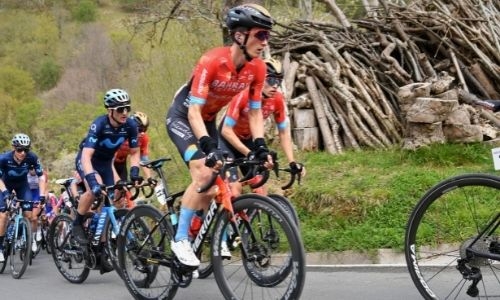 Bahrain Victorious is set to compete with a seven-rider team today in the 62nd edition of the Brabantse Pijl road race in Belgium. The single-day annual event is a part of this year’s Union Cycliste Internationale Europe Tour. The Bahrain Victorious lineup will be led by Jan Tratnik, and it includes Yukiya Arashiro, Chun-Kai Feng, Jack Haig, Filip Maciejuk, Luis Leon Sanchez, Dylan Teuns and Fred Wright.

Starting in Leuven, the riders will race 205.1km taking on a total of 25 climbs before finishing in Overijse, making up a total of just over 2,000 vertical metres. Tratnik has shown great form coming into the race after placing just outside the top 10 at Flanders and Amstel, and then finishing ninth at Dwaars.

Teuns had also finished in the top 10 at the Amstel race in the Netherlands this past week, and will also be looking to put in a good result. Bahrain Victorious sports director Roman Kreuziger commented ahead of the race: “As we saw on Sunday, the guys are in good shape even though we are changing the lineup a bit.

We’ve got Feng, Arashiro and Sanchez coming from Basque and Taiwan. “We’ve got Filip, Arashiro and Feng, who will play their part at the beginning of the race. Then in the final, we’ve got Jack and Dylan in the circuit, which we will do three times, which is usually where the race will be decided, so we will need to stay focused there. “We need to make sure we follow the groups, be up there, and give Jan the best possible chance in the final for the last lap.”

Tips to save time and effort in the kitchen during Ramadan