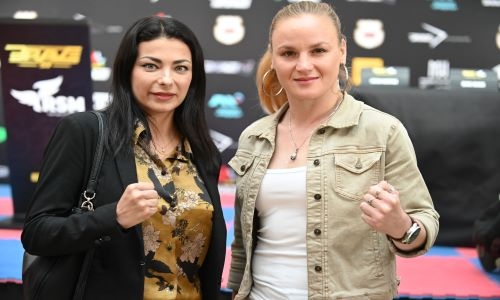 As of lately, the promotion reached a new milestone and was crowned the biggest global promotion in Europe due to having the largest active market share in the continent and the most extensive European scouting network.

The fruition of the vision of the founder His Highness Shaikh Khalid bin Hamad Al Khalifa to reform the MMA industry from an event business to a sports business and allow fighters and the whole industry around the world, regardless of marketability, language, nationality, or region echoed heavily throughout the continent in 2020.

Last year BRAVE CF broke records and made history as the only promotion to host 7 events in Europe in one year, and the promotion’s return to the continent in January of 2021 further amplified the noise.

Questions started rising about the endless possibilities ahead of BRAVE CF in Europe as it is a territory where many global promotions attempted succeeding at and failed.

In an exclusive interview, KHK Sports and BRAVE CF Chief Operating Officer Valeria Lang opened up about the promotions endeavours in the European scene and touched on plans for the future of European MMA.

“We are very excited at BRAVE CF to be leading the European MMA scene today,” says Lang.

“Europe is a key market for global sports regulation and development and we intend to develop MMA in this market and give the biggest opportunity to the top European fighters and make them global stars.”

Lang also added, “I believe that BRAVE CF will be the MMA story of Europe.

We have a model for Europe that is guaranteed success.”

With 6 months left in the year and another European BRAVE CF event scheduled for Milan, Italy on August 1st, the development of MMA in Europe has huge potential, and BRAVE CF may be the right catalyst for the vision.