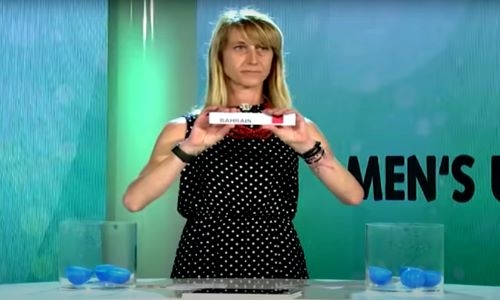 Bahrain’s junior national volleyball team were drawn alongside Poland, Cuba and co-hosts Bulgaria in Pool B for the FIVB Volleyball Men’s U21 World Championship, scheduled to take place later this year.

The draw for the global competition, organised by the International Volleyball Federation (FIVB), was held yesterday in a virtual ceremony streamed online from Rome, Italy. The tournament is scheduled to be held between September 23 and October 3 and will be co-hosted by Bulgaria and Italy.

Bahrain’s junior squad is coached by Brazilian Issanaye Ramires, and the team features many of the Kingdom’s top rising talents.

The Bahrainis qualified for the under-21 worlds based on their FIVB U21 World Ranking.

The nationals were one of four teams to book their slots this way, with the others being Poland, the Czech Republic and Morocco.

In addition to Bulgaria and Italy as co-hosts, 10 other teams qualified via separate continental tournaments, making for a 16-nation field.

Following yesterday’s draw, the teams in Pool A include Italy, Egypt, the Czech Republic, and another to-be-determined qualifier; Pool C consists of Iran, Argentina, Morocco and Belgium; while Pool D features Russia, Brazil, Cameroon and Canada.

Following the first stage, the top two teams from each pool move on to the final eight in Pools E and F in the second round.

The bottom two will play for the ninth to 16th places in Pools G and H.

That will set the stage for the last four, and then the bronze and gold medal games, plus the final classification matches. Individual awards will be handed out to the Most Valuable Player, Best Setter, Best Outside Spiker, Best Middle Blockers, Best Opposite Spiker and Best Libero.

The previous under-21 worlds were held in Bahrain in 2019.

Iran won the gold medals then, while Italy claimed the silver and Brazil clinched bronze.

The Bahrainis put on a spirited fight in front of their home crowd, as they took an impressive eighth place after reaching the knockout quarter-finals.