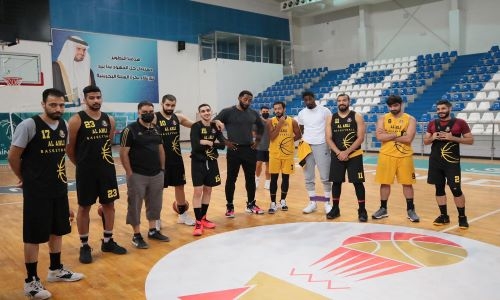 Bahrain champions Al Ahli are finalising their preparations for the 40th Gulf Basketball Association Championship, which tips off in Dubai on Friday. The competition also acts as a qualifying tournament for this year’s FIBA Asia Champions Cup.

Ahli is taking part as the winners of the national league as well as the prestigious Khalifa bin Salman Cup. In support of Ahli’s representation of the Kingdom in the event, Bahrain Basketball Association president Waleed Al Alawi visited the team during their practice session at Zain Basketball Arena in Um Al Hassam.

Also present were BBA and Ahli officials, as well as the team members including head coach Ahmed Jan.

Al Alawi wished Ahli the best in the championship and urged the players to give their best. There are five clubs set to take to the hardwood for the competition. Along with Bahrain’s Ahli, the others are hosts Shabab Al Ahli Club of Dubai, Al Nasser of Saudi Arabia, Al Shamal of Qatar and Al Kuwait of Kuwait.

Play will consist of a single round-robin, after which the semi-finals will take place followed by the final.

The winners will move on to compete in the FIBA Asia Champions Cup, which is scheduled to be held later this year. 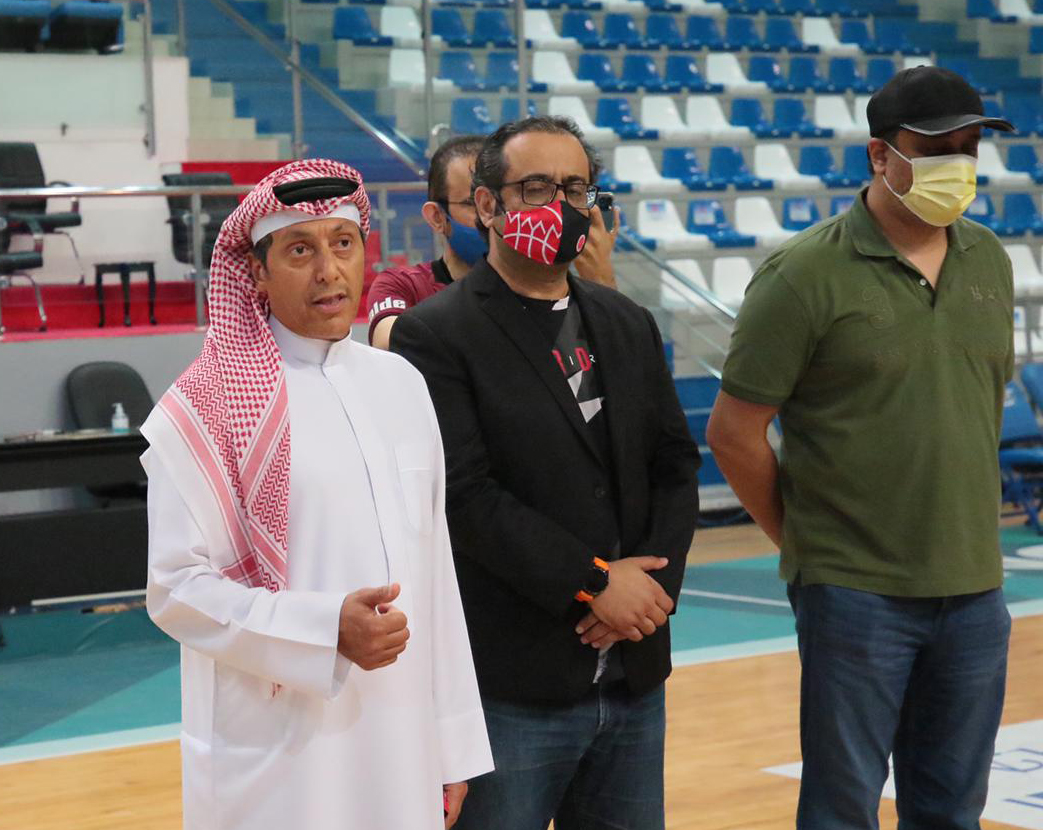 The Bahraini outfit will be relying on their top local players such as Mohammed Qurban, Maitham Jameel, Hesham Sarhan, Ahmed Aldurazi and Subah Hussain, to name a few. To bolster their squad, Ahli has signed the American pairing of Mike Harris and Manny Harris.

Mike Harris already has experience with Ahli, having helped them secure this past season’s titles in both the national league as well as the prestigious Khalifa bin Salman Cup. Manny Harris is joining the team for the first time. He had also suited up in his playing career with clubs in Israel, Greece, Lithuania, Turkey, Ukraine and the Philippines, among others.

They first go against Shamal on Friday and then take on Kuwait on Saturday before playing Shabab Al Ahli the very next evening.

The semi-finals are then scheduled to be held on June 25, followed by the final the next evening on the 26th.

The FIBA Asia Champions Cup, previously known as the Asian Basketball Confederation (ABC) Champions Cup until 2002, is the Asian club championship for professional basketball. It is organised by FIBA Asia and takes place once a year. Last year’s competition was postponed due to the pandemic. In 2019, Muharraq represented Bahrain and were able to make it through to the final four where they lost to Al Riyadi of Beirut.

They then bowed to Palayesh Naft Abadan of Iran in the bronze medal game and had to settle for third place.

Only one Bahraini club has ever medalled in the FIBA Asia Champions Cup.

It was Manama in 2000 when they won the bronze medals.