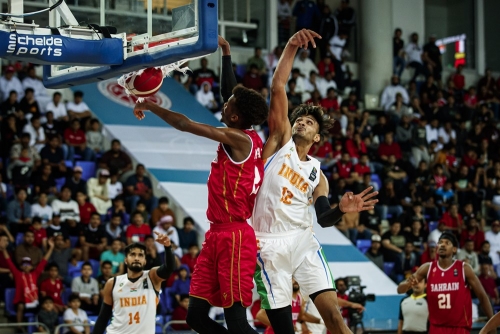 Bahrain will next month host the second window of Group D qualifying for the 2021 FIBA Asia Cup, the Bahrain Basketball Association (BBA) has confirmed. The BBA made the announcement after getting approval from the Bahrain Olympic Committee. The window will be held between November 24 and 26, and it will include games featuring Bahrain and the other three nations in Group D, including India, Iraq and Lebanon.

The Bahrainis will play two games in this period, first against Iraq on the 24th and then against India two days later. It will be the first time the nationals will be facing their Iraqi counterparts in qualifying, while Bahrain will be hoping for a repeat success against India, who they defeated by just one point last February in their first meeting.

Also in Group D on November 24, India will face Lebanon, while on November 26, Iraq and Lebanon battle. Meanwhile, the BBA took note of the desire of FIBA Asia to host the games of up to two other groups in the Kingdom, given Bahrain’s great reputation as hosts of international events. A source with knowledge of the qualifiers believes one of the other groups is Group A, which consists of the Philippines, Indonesia, Thailand and Korea. An official decision is expected from FIBA Asia in the coming days.

The BBA has also agreed to keep exNBA coach and 1986 NBA champion with the Boston Celtics, American national Sam Vincent, as the senior men’s national team head coach. Vincent will remain in his post until the end of the FIBA Asia qualifiers in February of next year. The former point guard has already guided Bahrain in their first two qualifying games for next year’s continental showcase, including the home win over India and a 73-116 loss to Lebanon in Beirut.

Bahrain are hoping to finish as one of the top two teams from qualifying’s Group D in order to book their tickets to the FIBA Asia Cup. If they finish third, they will have to play in another stage of qualification for a chance to claim one of four other spots up for grabs for the 2021 FIBA Asia Cup. If they finish last, the Bahrainis will be out of the running for a tournament berth.