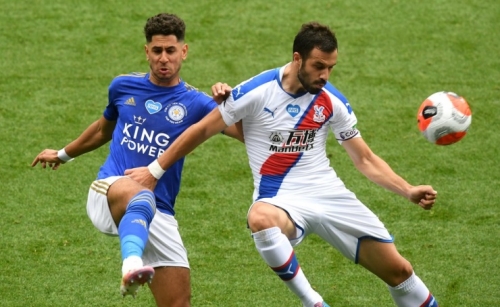 Leicester kept their noses in front in the race for third spot in the Premier League on Saturday while Manchester United hit five goals as they boosted their hopes of a Champions League spot. Jamie Vardy passed 100 Premier League goals as Leicester stayed third with a 3-0 win over Crystal Palace.

Chelsea are one point behind in fourth after a 3-0 win over Watford while United are two points further back after beating Bournemouth 5-2, with Wolverhampton Wanderers three points behind them, after losing 2-0 at home to Arsenal, who moved seventh, according to Deutsche press agency (dpa).

Bottom side Norwich need a miracle after they lost 1-0 at home to Brighton to remain six points adrift with five games to go. Kelechi Iheanacho put Leicester in front four minutes into the second half and Jamie Vardy doubled their lead with his 100th Premier League goal and made it 3-0 with his 101st in injury time.