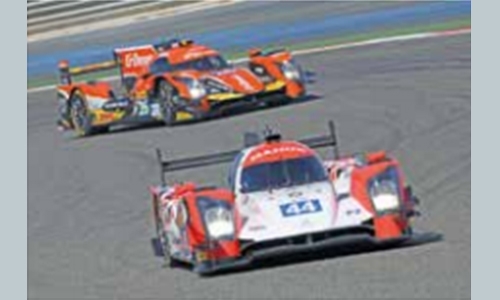 The Bapco 8 Hours of Bahrain will see an increased LMP2 field for round four of the 2019/2020 FIA World Endurance Championship (WEC) as G-Drive Racing makes a welcome return to the series. A total of 31 cars across four categories will compete at Bahrain International Circuit next month, racing into the night for eight hours instead of the usual six in Bahrain.

Multiple-European Le Mans Series (ELMS) Champions, G-Drive Racing, will field an Aurus 01-Gibson car – the same machine that the Russian-based team used to finish runner-up in this year’s ELMS. Driving the No. 26 car will be ex-Formula 1 driver Jean-Eric Vergne, who completed a full WEC campaign back in 2017. Joining Vergne at the wheel will be Russia’s Roman Rusinov and Dutch driver Job Van Uitert.

G-Drive’s entry increases the highly-competitive LMP2 field to nine in Bahrain – the biggest of WEC Season Eight so far and includes two tyre manufacturers (Michelin and Goodyear) and four different chassis providers – ORECA, Alpine, Dallara and Aurus. The LMP1 entry list will comprise of five entries: the No. 7 and No. 8 Toyota Gazoo Racing TS050 HYBRID cars, two Team LNT Ginettas plus the No. 1 Rebellion Racing R13 - Gibson. After Rebellion’s win in China, the LMP Success Handicap will be altered ahead of Bahrain and will no doubt provide even more close on-track race action.

LMGTE Pro has seen Aston Martin and Porsche both take victories so far this season, with Ferrari winning Shanghai only to be disqualified following post-race Scrutineering. With two wins under Porsche’s belt, the German manufacturer will be looking to score a hat-trick in Bahrain to cement its position at the top of the leaderboard. However, Bahrain has fared well for Ferrari in recent years with the Italian manufacturer having taken four out of six wins in LMGTE Pro.

A total of 11 teams will battle it out in LMGTE Am as category leaders TF Sport will be eager to continue its recent success after winning the two previous rounds with the Aston Martin Vantage AMR. Only three points behind TF Sport, however, is AF Corse as the Ferrari 488 GTE Evo took the round one victory at Silverstone followed by a second place at Fuji.