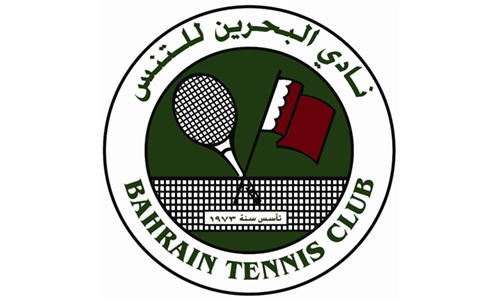 The Kingdom of Bahrain once again welcomes some of the world’s future tennis stars as Bahrain Tennis Club (BTC) hosts the 11th Bahrain ITF Juniors Tennis Championship 2019 from October 21 to 26 at the BTC hard courts in Juffair. The prestigious tournament is being held under the patronage of Deputy Prime Minister Shaikh Mohammed bin Mubarak Al Khalifa. It is a part of the International Tennis Federation (ITF) World Tennis Tour Juniors, and it continues the tradition of BTC’s hosting of world-class tennis competitions each year.

The tournament coordinator Hamdi Abduljawad said the highly ranked youngsters from around the world will be vying for glory in four categories, including the boys’ singles, boys’ doubles, girls’ singles and girls’ doubles. Hamdi added also a main draw of 32 boys and 32 girls aged 18 and below will be competing for their respective singles titles. For the doubles championships, there will be a maximum of 16 pairings each for boys and girls.

Among the top players pencilled in to compete for the boys this year are Daniel Webb and Alexander Knox Jones of Great Britain, Garv Bahl and Vansh Bhagtani of India, Boris Stastny of the Czech Republic, Mark Owen Endler of Germany and the French pair of Pablo Trochu and Victor Paganetti.

For the girls, last year’s singles winner Nina Danisova of Slovakia is returning to defend her title. Some of the other top players she could be facing are Charlotte Russell and Jessica Dhome-Casanova of Great Britain, Sarah Dev and Hrudaya Shah of India, Rosaleen Aioussef of Russia, Stefania Bojica of Romania and Hagar Ramadan and Carolin Fawzy from Egypt. A number of Bahrain’s leading young players are also expected to be in the field. Prior to the official start of the tournament, there will be a qualifying draw for both singles events.

BTC has had the privilege of organising the ITF championship since its inaugural event held in October of 2009. It was a strategic move by the club’s officials, who aspired to take tennis in Bahrain to a higher international level. Since then, the championship in Bahrain has become a staple on the ITF juniors calendar, and it is one of the top tournaments to look forward to each year.

It attracts many players from all over the globe, and has achieved monumental success. BTC has received tremendous feedback for hosting the tournament over the years, including the utmost appreciation of the ITF’s higher-ranked officials, who have expressed their gratitude and support towards BTC for organising many more tournaments in the future.