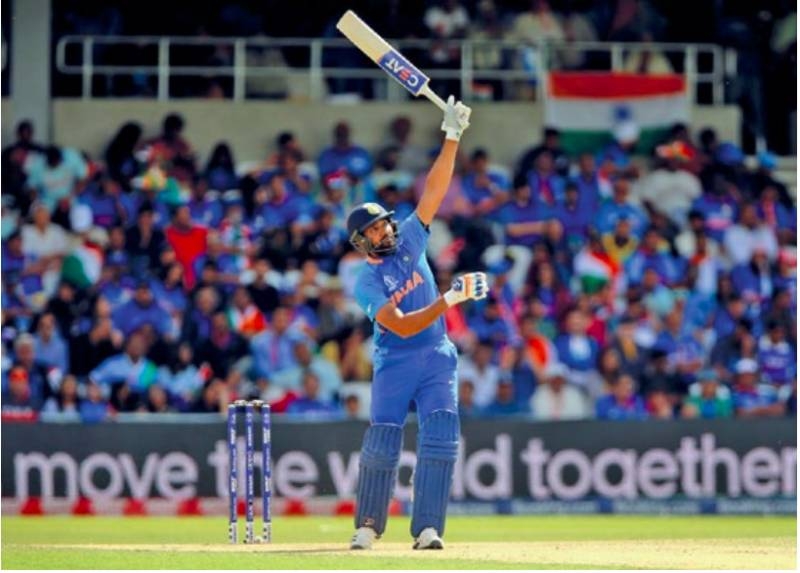 Rohit Sharma became the first player to hit five centuries in a single World Cup as India cantered to a seven-wicket win in their final World Cup group match against Sri Lanka yesterday.

The opener smashed 103 off 94 deliveries as semi-finalists India chased down their target of 265 in 43.3 overs to end the group stage with seven wins, one defeat and a washout. Sharma’s opening partner KL Rahul top-scored with 111 as the pair put on 189 runs for the first wicket to put India in complete command.

Man-of-the-match Sharma reached his milestone with a boundary off Kasun Rajitha to pass the mark set by Sri Lanka’s Kumar Sangakkara, who scored four hundreds at the 2015 tournament. His century came off 92 balls, with 14 fours and two sixes. Sharma was dismissed shortly afterwards, caught by Angelo Mathews off the bowling of Rajitha.

Known as the “hitman”, Sharma leads the current World Cup’s run-scoring charts with 647 runs in eight matches after hitting his third successive century. “I’m just trying to go out there and do my job, I’m not thinking of milestones,” Sharma said. “If I play well these things will happen on the way.

At least 12 dead in Taliban blast in Afghan city: officials