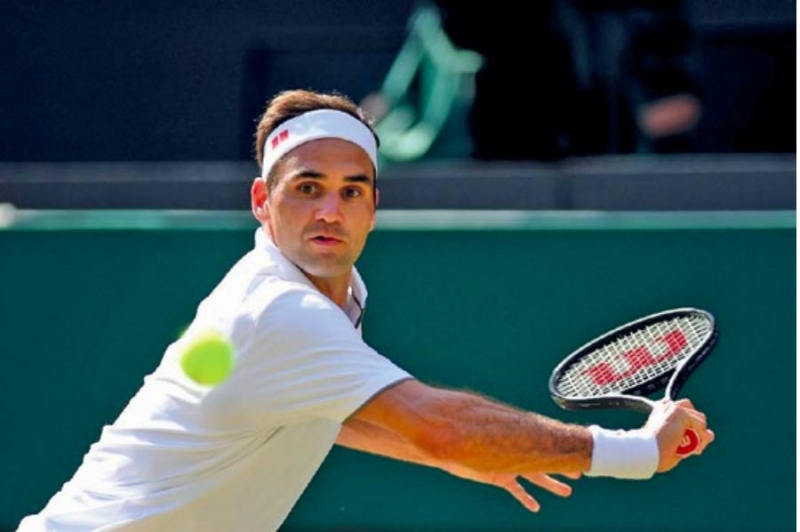 Eight-time Wimbledon singles champion Roger Federer posted yet more landmarks yesterday as all the main contenders male and female encountered few problems in reaching the Last 16. Federer registered a record 350th win in Grand Slam matches in his 7-5, 6-2, 7-6 (7/4) win over Lucas Pouille of France and in the process reached the fourth round for an unprecedented 17th time. “It’s a nice number to achieve I’ve enjoyed my time at the Slams,” said Federer of his Grand Slam record. “It’s been nice winning that much.”

Earlier his great rival two-time Wimbledon champion Rafael Nadal had a much more enjoyable experience than his previous match as he eased into the last 16 with a 6-2, 6-3, 6-2 romp over French veteran Jo-Wilfried Tsonga. The ease with which Nadal made the fourth round for the ninth time was replicated on the women’s side by Ashleigh Barty -- who will be breaking new ground in appearing in the last 16 for the first time -- and Serena Williams.

Nadal, who embraced Tsonga fondly at the end in stark contrast to the chilly handshake he had with fiery Australian Nick Kyrgios in the previous round, said he was delighted with the manner of his victory describing every match as a battle. Federer and Nadal’s one-time fellow member of the big four Andy Murray’s hopes of men’s doubles glory ended early as he and French partner Pierre-Hugues Herbert went out in the second round.