At least 12 dead in Taliban blast in Afghan city: officials | THE DAILY TRIBUNE | KINGDOM OF BAHRAIN 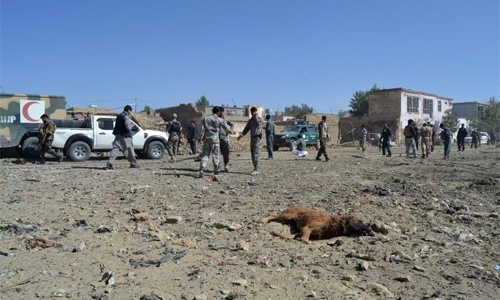 At least 12 dead in Taliban blast in Afghan city: officials

A Taliban car bomb in eastern Afghanistan on Sunday killed at least 12 people and wounded many more -- including dozens of children -- in a massive blast that came amid ongoing peace talks in Qatar, officials said The Taliban are meeting with US negotiators and Afghan representatives in Doha as the US pushes to end its 18- year involvement in Afghanistan, but violence from the insurgents and the US military has continued apace.

The number of wounded jumped up from an earlier toll of 70, suggesting a massive explosion. According to the UN Assistance Mission in Afghanistan, more than 50 children were among the wounded. It said the total casualty figure was at least 150. “UNAMA condemns the indiscriminate & disproportionate Taliban attack,” the agency said on Twitter.

Bodies of drowned man and daughter back in El Salvador