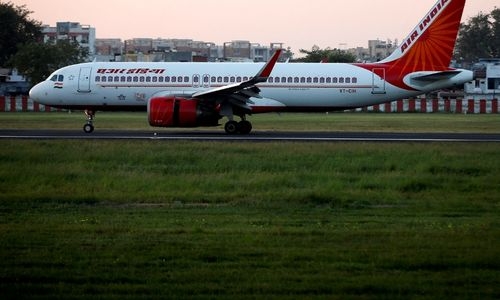 Indian conglomerate Tata Group is merging Air India with Vistara, its joint venture with Singapore Airlines (SIA), to create a bigger full-service carrier that will strengthen its presence in domestic and international skies.

Autos-to-steel conglomerate Tata will hold 74.9% of the combined entity, while SIA (SIAL.SI) will own the remaining 25.1%, the Indian group said in a statement on Tuesday.

SIA will invest $252 million into Air India as part of the deal, Tata said, with the pair aiming to complete the merger by March 2024, subject to regulatory approvals including from India’s aviation ministry, central bank and antitrust watchdog.

Tata Group Chairman N Chandrasekaran said the merger was an important milestone in efforts to rebuild Air India into a “world-class airline”.

“Air India is focusing on growing both its network and fleet, revamping its customer proposition, enhancing safety, reliability, and on-time performance,” Chandrasekaran said.

The proposed merger will create a stronger rival to India’s dominant carrier IndiGo (INGL.NS) and give SIA, which lacks a domestic flying market, a more solid foothold in one of the world’s fastest-growing aviation markets.

SIA said in a separate statement it and Tata had agreed to inject additional capital into Air India if required to fund growth and operations over the next two financial years.

SIA said it could spend up to $615 million based on its 25.1% post-completion stake, payable after the merger is sealed.

Vistara, in which SIA holds a 49% stake, forms an integral part of its multi-hub strategy, the Singaporean airline said in a statement to its local stock exchange.

The proposed deal would enable SIA to “immediately gain exposure to an entity that is four to five times larger in scale compared to Vistara”, with access to slots and air traffic rights at key Indian and international airports, it added.

The deal will allow Tata to consolidate its brands around full-service Air India and lowcost Air India Express, which is being merged with AirAsia India after the Indian group bought out former partner AirAsia (AIRX.KL).

Tata’s combined airlines will have an Indian market share of 24%, making it the largest domestic carrier after IndiGo, which has a 56% share, and a stronger competitor to full-service Middle Eastern rivals that carry a large share of international traffic.

It will give Tata a fleet of 218 aircraft, split between planemakers Boeing and Airbus (AIR. PA), flying to a combined 38 international and 52 domestic destinations.

This will make it India’s largest international carrier.

Air India has plans to lease 30 Boeing and Airbus planes, expanding its fleet by more than 25% in the near term.

It is also considering a mega-order for up to 300 narrowbody and 70 widebody jets, according to industry sources.