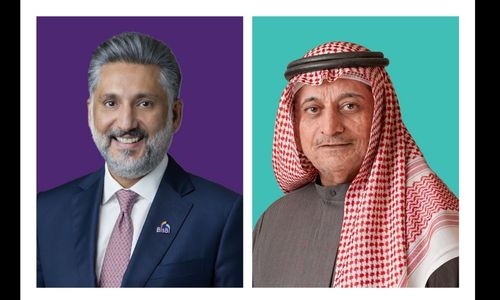 Dr Esam Abdulla Fakhro, Chairman of the Board of Directors of BisB, said, “To begin with, we’d like to extend our heartfelt thanks and sincere appreciation to Hassan Jarrar, the former CEO of the Bank, for his distinguished leadership and years of service during the latest phase of the Bank’s journey.

We also commend his instrumental role in effectively paving the way for the Bank’s transformation and securing pivotal milestone achievements, which have contributed to cementing BisB’s reputation as one of the leading banks in the Kingdom, and we wish him continued success in his future.”

Dr Esam Abdulla Fakhro added, “We are confident that Alsharifi will drive BisB’s transformation journey and contribute to enhancing its growth and progress in the sector. With this new phase in BisB’s journey headed by Yaser Alsharifi, we look forward to the continuous support of the National Bank of Bahrain (NBB) to maintain the momentum of transformation and development.”

Yaser Alsharifi has over 25 years of experience in financial services across the GCC, Europe and the US, with past senior executive roles at the National Bank of Bahrain (NBB) and Al Rajhi Holdings.