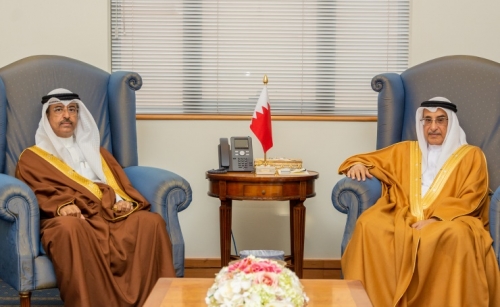 “A major objective is to be able to keep pace with the demands of comprehensive and sustainable development,” he said during a meeting with ministers. "This has a special significance with the urban expansion thanks to the new housing cities and the private sector’s readiness to invest in the real estate and industrial development sector," Shaikh Khalid added.

Shaikh Khalid said the next phase of government action demands intensifying coordination and integration between ministries and government service agencies and working within a team spirit to implement the visions of HRH Crown Prince and Prime Minister to boost services to higher standards.

Shaikh Khalid directed the ministers to finalise the government commitments in its 2019-2022 action plan. He called for prioritising infrastructure projects to integrate them into future policies and initiatives that shape the aspirations of the Government Action Plan.

The review of the projects will be in the workshops ordered by HRH the Crown Prince and Prime Minister, and turned into a road map for the priorities of the Ministerial Committee for Developmental Projects and Infrastructure.