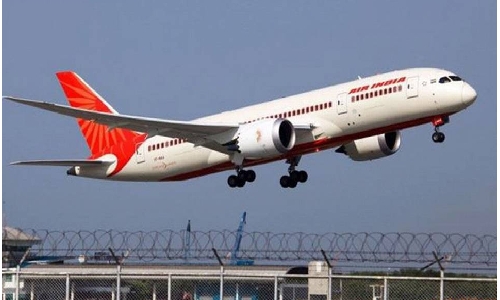 The Indian government handed over Air India to the Tata Group today, nearly 69 years after it was taken from the conglomerate. However, Air India flights will not be flying under the banner of the Tata Group from today itself, officials stated.
According to sources, the Chairman of Tata Group N. Chandrasekaran was in the national capital to meet key Central government officials before the formal handing over ceremony. Notably, the process entailed the constitution of a new Air India Board with Tata nominees.

Last month, the Competition Commission of India approved the acquisition of Air India, Air India Express and Air India SATS Airport Services by Talace, which is a wholly-owned subsidiary of Tata Sons.
Three days after Air India's sale was announced on October 8 last year, a Letter of Intent (LoI) was issued to the Tata Group confirming the government's willingness to sell its 100 per cent stake in the airline.

On October 25, the Centre signed the share purchase agreement (SPA) for this deal.

As a part of the deal, the Tata group will also be handed over Air India Express and a 50 per cent stake in ground handling arm Air India SATS.

Tatas had on October 8 beat the Rs 15,100-crore offer by a consortium led by SpiceJet promoter Ajay Singh and the reserve price of Rs 12,906 crore set by the government for the sale of its 100 per cent stake in the loss-making carrier.
While this will be the Centre's first privatization since 2003-04, Air India will be the third airline brand in the Tatas' stable as it holds a majority interest in AirAsia India and Vistara, a joint venture with Singapore Airlines Ltd.