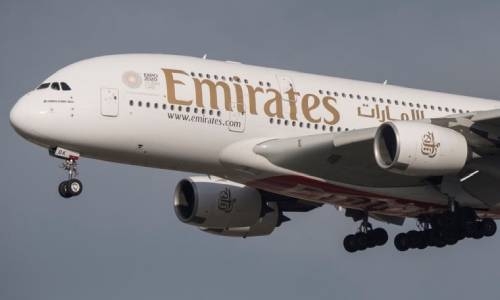 For the first time, JACDEC also published regional rankings, which compare the world's largest airlines within one of four regions.

On a regional level, Emirates slipped behind another Gulf airline, Etihad Airways, which due to its size did not make it onto the global list, however.

The creation of regional categories was "primarily due to the changed size ratios, which shifted in favour of many airlines with strong domestic markets such as China or the US," explained JACDEC founder Jan-Arwed Richter.

Due to pandemic-related slumps in the aviation industry throughout 2021, as well as only a timid resurgence of passenger numbers, past airline accidents had a greater impact on results this time.

Some well-known airlines such as Austrian, Eurowings and Condor didn't even make it into the European Top 25 due to insufficient passenger-kilometre performance in 2021.

Even before the emergence of the Omicron variant and the renewed restrictions that followed in its wake, aviation industry losses due to the pandemic have already totalled some 200 billion dollars, according to Willie Walsh, director-general of the airline association IATA.