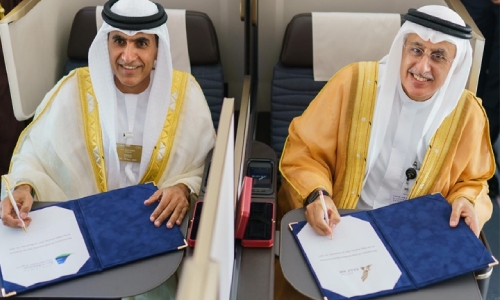 Gulf Air, the national carrier of Bahrain, announced signing several agreements during Dubai Airshow 2021, which served as a platform for it to promote fleet, products and services. Gulf Air showcased its flagship aircraft, the Boeing 787-9 Dreamliner, and its state-of-the-art cabins in its iconic 70th-anniversary livery.

An executive delegation from Gulf Air represented the airline and led several networking initiatives and meeting opportunities with partners and vendors. Captain Waleed AlAlawi, Gulf Air’s Acting Chief Executive Officer, said: “As the first major Airshow after the pandemic, this was a very important event for key industry players to attend and conclude major business transactions”.

He added: “Our objectives are to continue representing the Kingdom of Bahrain on a global platform and to expand our reach through partnerships with regional and international carriers.

Next year we will be welcoming the world to our own Bahrain International Airshow and host our industry friends in our beloved Kingdom”.

Dubai Airshow was the only live and in-person aerospace event taking place in 2021. It featured more than 1,200 exhibitors, representatives from 148 countries, more than 80 start-ups and over 20 country pavilions.

The event also featured a static display park & flying display activities which included the world’s most advanced aircraft on the ground and in the air. Including Gulf Air’s Boeing 787-9 Dreamliner, over 160 aircraft were on display from top international aerospace leaders. 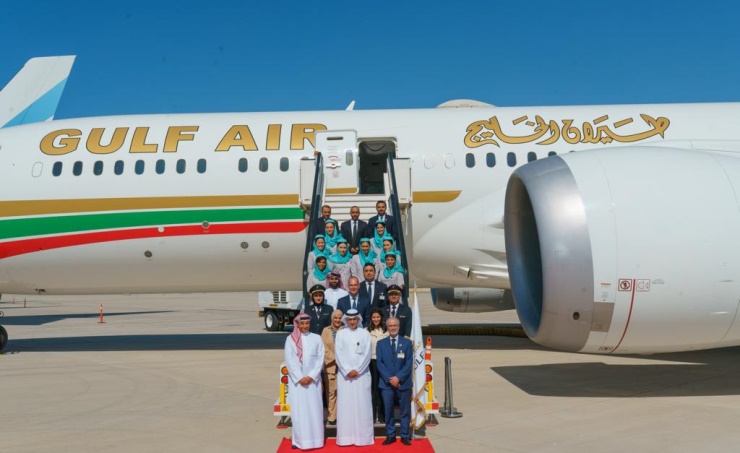 A Letter of Intent with EGYPTAIR to explore fields of cooperation

An agreement with Safran for maintenance, revision and overhaul (MRO) operations on the landing gear of six Airbus A321 and one A320.