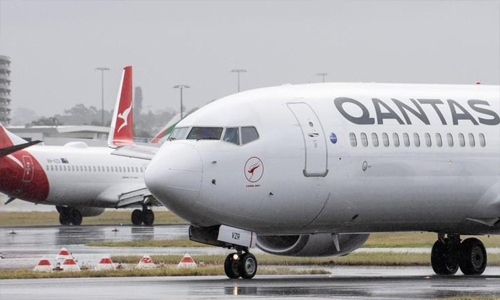 Australia's flagship airline Qantas on Wednesday said its planned resumption of international flights would be delayed until late December as the country's government indicated it does not expect to reopen international borders until 2022.

"The government has revised its anticipated timeline for the completion of Australia's vaccine rollout to end-2021 and its timeline for significantly reopening our international borders to mid-2022," the airline said in a statement cited by local media, according to Deutsche press agency (dpa).

"In light of these 2 dates, Qantas will adjust its planned international flights from end-October 2021 to late December 2021."

Australia's government on Tuesday released the 2021 budget which indicated an expectation that international travel will remain low through to mid-2022, newswire AAP reported.

Its international borders have been closed to all but residents and citizens, with a few exceptions, since March 2020.

In mid-April the country opened its borders to New Zealand in a two-way "travel bubble" arrangement. Flights between Australia and New Zealand are unaffected by Wednesday's announcement, according to local media.

"We remain optimistic that additional bubbles will open once Australia's vaccine rollout is complete to countries who, by then, are in a similar position, but it's difficult to predict which ones at this stage," Qantas said in the statement.

The country of around 25 million people fell far short of its initial target to administer 4 million jabs by the end of March, and last month scrapped its original pledge to vaccinate its entire adult population by October.

As of May 11, just over 2.8 million jabs were administered.

Scientists race to study variants in India as cases explode