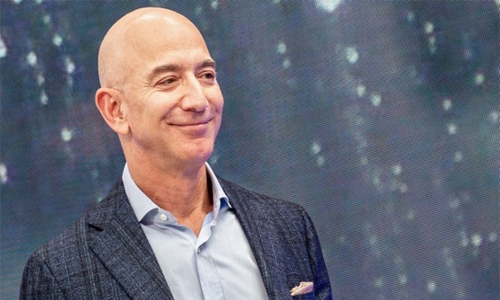 Amazon boss Jeff Bezos has sold off more of his shares in the online retailer to the tune of 6.7 billion dollars during May.

Bezos has parted with some two million Amazon shares in the last few days, according to documents from the US Securities and Exchange Commission (SEC), Deutsche press agency (dpa) reported.

The sales came in three tranches - and came soon after Amazon had presented gleaming figures for the first quarter.

Bezos had already sold off Amazon shares on a large scale several times.

In February and November 2020, he sold shares worth more than 7 billion dollars.

Amazon benefited hugely from the online shopping boom during the pandemic and their shares rose 76 percent last year.

But since the end of April, the stock has fallen by 7 percent.

Bezos founded Amazon in 1994 and remains the largest individual shareholder in the firm despite the sell-offs, as he retains a stake of around 10 percent.

With an estimated wealth of around 188 billion dollars, Bezos is currently the richest person in the world, according to Forbes and Bloomberg Billionaires Index.

The 57-year-old plans to step down as chief executive of Amazon in the third quarter and will become an executive chairman instead.

It is not clear what Bezos plans to do with the proceeds of his share sales. He regularly puts money into his aerospace company Blue Origin and the Bezos Earth Fund foundation.

According to US media, he is also having one of the world's largest yachts built and has invested heavily in property for some time.