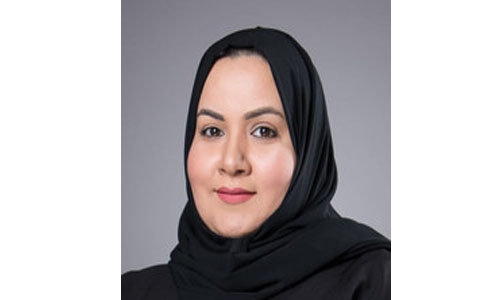 Bahrain Islamic Bank (BisB) recently announced that Eman AlBinghadeer, Head of Internal Shari’a Audit at BisB, has been ranked #35 in the WOMANi Awards which honours the top 150 most influential women in Islamic business and finance.

The list was published by Cambridge IFA, a financial services intelligence house.

AlBinghadeer is the first female Head of Shari’a Internal audit in Bahrain and the Gulf region.

Before this position, she worked as a Conference Coordination Assistant to the Accounting & Auditing Organization for Islamic Financial Institutions (AAOIFI), and she previously held several positions, including the Secretary of the Shari’a Council and Coordinator of Shari’a Conferences positions.

In 2005, she joined BisB and held several positions until she was promoted to Head of Internal Shari’a Audit.

Commenting, Afnan Saleh, Chief Human Resources Officer at BisB, said, “We are very proud of Eman AlBinghadeer’s accomplishment, which reiterates our commitment to empowering our female workforce, a top priority at BisB.”

India allots 68% of repatriation flights to GCC in new schedule