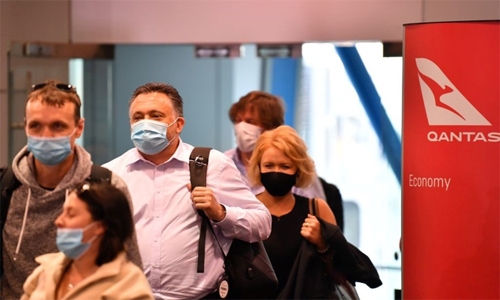 The head of Australia's flagship airline Qantas has said that passengers will be required to be vaccinated against Covid-19, once options become widely available, to travel on international flights.

"We are looking at changing our terms and conditions... that we will ask people to have a vaccination before getting on the aircraft," Qantas chief executive officer Alan Joyce told Nine Network's A Current Affair on Monday night, according to Deutsche press agency (dpa).

"We think for international visitors coming out, and people leaving the country, we think that's a necessity."

Joyce said he believed airlines across the world would take a similar stance and were looking into options for a digital passport to verify what vaccine passengers have been inoculated with.

"There's a lot of logistics, a lot of technology to make this happen, but the airlines and the government are working on this as we speak."

Pharmaceutical giant AstraZeneca and the University of Oxford on Monday said that interim clinical trial data showed their Covid-19 vaccine is on average about 70 percent effective.

The announcement followed recent news from US pharmaceuticals giant Pfizer and its German partner BioNTech that their drug is 95 percent effective, and that trials brought up no safety concerns.

Australia closed its borders to international travellers in March, with the government indicating that travel to the United States and Europe will not be possible until a successful vaccine is available.

In August Qantas reported that the pandemic had slashed its 12-month revenue by 20.6 percent, equating to 4 billion Australian dollars (2.9 billion US dollars).