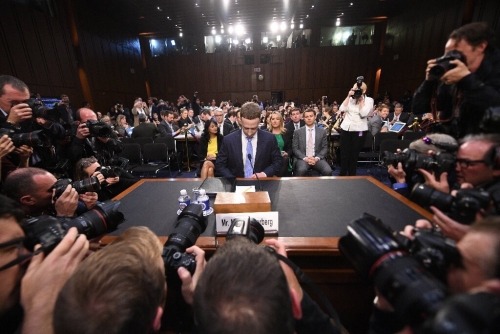 Adidas, Puma, Coca-Cola, Starbucks, Unilever, Ford... not a day goes by without another big brand pulling ads from Facebook and other social media, a campaign that is weakening advertising-dependent sites but whose ultimate impact remains uncertain. Over 400 firms have joined the #StopHateForProfit campaign to protest hate speech on the internet that has them suspending ads on Facebook and Instagram for the month of July.

Others have gone further and halted their advertising on all social media. Beyond the incontestible damage done to their image, will the campaign land a real punch to these platforms that are nearly completely dependent upon advertising, something that even governments have not been able to do? One can’t ignore that Facebook, often criticised for its timid approach to controling content, has made a number of uncharacteristic announcements in recent days: banning the farright movement “Boogaloo”, promising to highlight sourced information, reinforce its moderation... “Until now social media have managed to surf the wave of debate” about their efforts to moderate the most dangerous content on their platforms, said Laurent Benzoni, an economist and professor at Panthéon-Assas University.

“But this is hitting them in the wallet,” said Benzoni, who is also a founder of the Tera consultancy. He is uncertain how social media platforms will find a solution while they maintain they are not media and thus are not responsible for moderating content, and still reassure advertisers. But Daniel Salmon, an analyst at BMO Capital Markets, said he doesn’t expects a “tangible financial impact at this state”.

Small is big That is because Facebook has a huge number of small- and medium-sized businesses who place ads on its platform, around eight million in all. “It is really difficult for smaller companies to quit Facebook,” said eMarketer junior analyst Nina Goetzen in a recent podcast.

The coronavirus pandemic has made that even harder as many have been forced to go completely digital with their advertising, she added. Facebook has indeed sought to capitalise on the crisis, unveiling in May its “Facebook Shops”, an easy-to-use virtual shop template to allow businesses to set up on Facebook and Instagram.

With such online retail presence on the platforms, firms have an even stronger incentive to advertise there, and leaving becomes more difficult. Debra Aho Williamson, a principal analyst at eMarketer, believes that this mobilisation is different than the scandal that followed revelations that Facebook allowed Cambridge Analytica to scrape personal information from its users.

She emphasised that many of the advertisers which have joined the boycott “are ones that have a history of taking stances on social justice issues.” But she believes the tipping point will likely be whether huge firms such as Proctor & Gamble and Amazon join the movement.

‘Break them up’ Will such giants really swear off the possibility of directly tailoring advertising to clients that Facebook and other social media platforms offer thanks the copious amounts of personal data they collect on their users? Social media “built their business models on targeted advertising” using personal information gleaned from users, noted Professor Olivier Bomsel at the university Mines Paris Tech.

Social media platforms “have an incentive to maximise their audience by creating sensationalist stories, exacerbating differences in opinion, conflicts of values,” he added. Nick Clegg, Facebook’s top lobbyist, denied in a recent interview on Bloomberg TV that the platform pursues such a strategy.

“We do not profit from hate, we have no incentive to have hate on our platform, we don’t like it,” he said, adding that users and advertisers don’t like it either. “Our job is to minimise it as much as we can minimise it, but I don’t want to pretend we can eliminate it all together,” he added.

Even if the campaign against Facebook does achieve results, over the long term the issue of control over social media platforms is a political one. “Because advertisers bankrolled these platforms, we have a moral duty to pioneer alternative solutions,” said Joy Howard, chief marketing officer at Dashlane, a password and personal information manager.

“While we can experiment with alternatives as a business, only our democratically elected institutions can effect lasting change. “The only true lasting change, the one that both society and capitalism need, is to break them up,” she said.