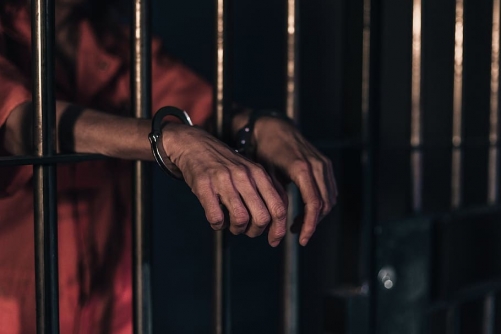 A Bahraini ex-convict was yesterday sentenced to five years of imprisonment for unintentionally killing his hospitalised friend in Manama last February, after giving him an overdose of opium. The 30-year-old security guard also received an additional jail term of one year for possession of drugs.

The man stood trial before the First High Criminal Court, which found him guilty of several charges, including assault that led to the death of the victim by injecting him with an overdose of narcotics, drugs possession, and facilitation of the abuse of drugs.

According to court files, the man accidentally killed his hospitalised ex-cellmate at Salmaniya Medical Complex (SMC) by injecting an excessive dose of narcotics into his body through the intravenous (IV) line. The case reportedly unfolded in February this year when the victim’s supervising doctor notified the police about her patient’s bizarre death, informing that she had suspicions over the bedridden man’s demise, which suddenly occurred after four years of being hospitalised at SMC.

What raised suspicions, as per the doctor’s statements, was tracing high percentages of opium in the deceased’s blood and urine samples. The details of the case showed that the defendant was the last person to visit the victim, as shown in footage captured by surveillance cameras at SMC. Police investigations soon led to the identification and arrest of the defendant in February of this year.

The defendant confessed that he injected the drugs into the victim’s body, claiming that the deceased was an old friend and had requested to inject him with the drugs. The defendant was referred by the police to the Public Prosecution, where he said in the interrogation that he knew the deceased for a couple of years, alleging that they had met in jail (the Reformation and Rehabilitation Centre in Jau) and that they served sentences together for their involvement in a drugs-related case.

However, the man told the prosecutors that he had quit abusing drugs and that he regularly visited his friend at the hospital, adding that his ex-cellmate had asked him to prepare a dose of opium for him the last time he visited—the day he passed away.

“I have continuously advised him to stop abusing drugs, but he wouldn’t listen,” the defendant told interrogators. “He brought out some opium that was in his possession and insisted that I inject him with it. I finally agreed and injected the drugs in the IV line, after mixing it with some water.”