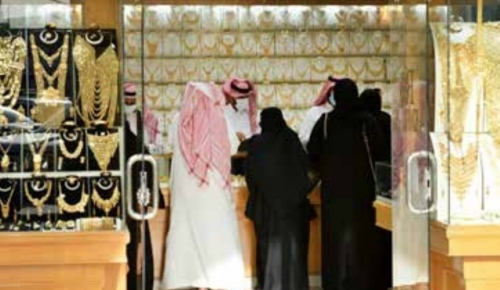 Saudis braced yesterday for a tripling in value added tax, after the twin shocks of coronavirus and an oil price slump. Retailers in the country reported a sharp uptick in sales this week of everything from gold and electronics to cars and building materials, as shoppers sought to stock up before VAT is raised to 15 per cent.

It only introduced VAT in 2018, as part of a push to reduce its dependence on crude revenues. Shopping malls in the kingdom have drawn large crowds in recent days as retailers offered “pre-VAT sales” and discounts before the hike kicks in. A gold shop in Riyadh said it saw a 70 pc jump in sales in recent weeks, while a car dealership saw them tick up by 15 pc.

Once the new rate is in place, businesses are predicting depressed sales of everything from cars to cosmetics and home appliances. Capital Economics forecast inflation will jump up to 6pc year-on-year in July, from 1.1 pc in May, as a result. “The government ended the country’s lockdown (in June) and there are signs that economic activity has started to recover,” Capital Economics said in a report.

“Nonetheless, we expect the recovery to be slow-going as fiscal austerity measures bite.” The kingdom also risks losing its edge against other Gulf states, including its principal ally the United Arab Emirates, which introduced VAT at the same time but has so far refrained from raising it beyond 5pc.

The International Monetary Fund warned the kingdom’s GDP will shrink by 6.8 pc this year -- its worst performance since the 1980s oil glut. The austerity drive would boost state coffers by 100 billion riyals ($26.6 billion), according to state media. The Saudi Jadwa Investment group forecasts the shortfall will rise to a record $112 billion this year.