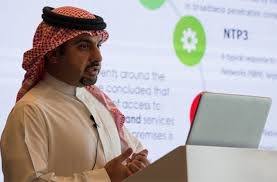 Bahrain’s Telecommunications Regulatory Authority (TRA) held a workshop on the 5th of February, 2020 to share the success of the national broadband network project with other regulators around the region.

Attendees included delegates from TRA UAE, CITC in Saudi, TRA Oman and CITRA in Kuwait The National Broadband Network project the result of Batelco splitting into two separate entities independent of each other.

The newly formed “BNET” is a wholesale organisation managing Bahrain’s Fixed infrastructure. In a statement, Shaikh Nasser Bin Mohamed Al Khalifa, Acting General Director of TRA Bahrain that consumers and businesses will reap the rewards of this new framework, which would serve as a major component in the Government’s larger strategy of becoming a hub for ICT and a focal point of innovation.