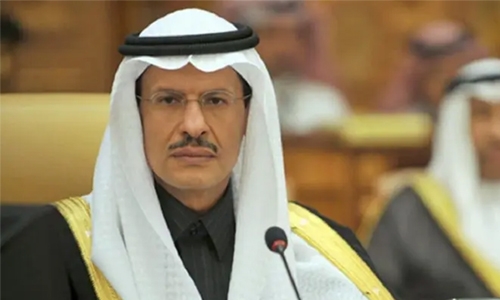 Saudi Arabia’s king appointed his son, Prince Abdulaziz bin Salman, as energy minister yesterday, replacing Khalid al-Falih and for the first time handing the portfolio in the world’s top oil exporter to a member of the royal family. Prince Abdulaziz, a longstanding member of the Saudi delegation to the Organisation of the Petroleum Exporting Countries (OPEC) with decades of experience in the oil sector, is not expected to change the kingdom’s oil and OPEC policies, Saudi officials and analysts say.

He helped negotiate the current agreement between OPEC and non-OPEC countries, a group known as OPEC+, to cut global crude supply to support prices and balance the market. “Saudi oil policy will be enhanced by the appointment of Prince Abdulaziz, through strengthening cooperation among OPEC and with nonOPEC,” a Saudi official told Reuters. Saudi Arabia has cut more than its oil output target under the OPEC+ supply pact to support oil prices needed to achieve a high valuation of state oil giant Aramco ahead of a planned listing in 2020-2021.

“He (Prince Abdulaziz) is an incredibly capable technocrat, who is steeped in the energy industry,” said Helima Croft, managing director of RBC Capital Markets. “I do not think there will be any major shifts coming on OPEC policy or broader initiatives.” The prince, 59, is an older half-brother of powerful Crown Prince Mohammed bin Salman. He was named minister of state for energy affairs in 2017 and worked closely with previous oil minister Ali al-Naimi for years as his deputy. Prince Abdulaziz’s appointment as energy minister was announced in a royal decree published by state news agency SPA. Saudi Arabia has had five oil ministers since 1960, and none of them has been a royal.

Last month, Riyadh created a ministry for industry and mineral resources, separating it from the kingdom’s colossal energy ministry. Previously, Falih had overseen more than half the Saudi economy through the super-ministry, which was created in 2016 to help streamline new reforms. Last week, Falih was also removed from his post as chairman of Aramco, and Yasser al-Rumayyan, who heads the sovereign wealth fund PIF, was named as the new chairman.

Saudi Arabia has been pumping less than 10 million barrels per day for most of 2019, below its OPEC output target. Falih has helped broker the deal with non-OPEC producers led by Russia, emerging as the main face of OPEC and the kingdom’s oil diplomacy over the past three years.