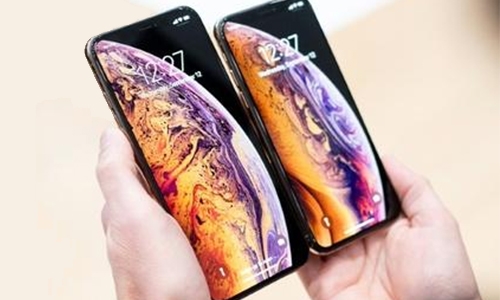 The iPhone will be front and centre at Apple’s upcoming media presentation even as the California tech giant steps up its efforts in content and services for its devices. In its trademark, tightlipped style, Apple disclosed little about its plans for Tuesday’s event at its headquarters in the Silicon Valley city of Cupertino. For years now, Apple has hosted events in the fall to launch new iPhone models ahead of the holiday shopping season.

Speculation is that Apple will introduce three upgraded iPhones, including “Pro” models, and a successor to its more affordable iPhone XR, as premium handset prices hover around $1,000. Some analysts say services, subscriptions and online content will share the stage with the company’s glitzy hardware as Apple seeks to shift its focus. “I think it is going to be the first year the event is going to also be about services,” Creative Strategies analyst Carolina Milanesi said.

“We might get to see what Apple looks like as a company when they are talking about services and hardware as one product.” Milanesi was curious to see whether Tuesday’s presentation includes offers iPhone deals that “bundle” music, television or game services with new handsets. “You have an opportunity to really bring value to the hardware with services,” Milanesi said.

Apple recently released a smartphone-generation credit card in the US and is keen to launch its TV+ streaming service before Disney goes live with a rival service in November. Many wonder whether the launch of Apple TV+ will be among Tuesday’s announcements.

With Hollywood stars galore, Apple unveiled streaming video plans along with news and game subscription offerings as part of an effort to shift its focus to digital content and services to break free of its reliance on iPhone sales. The company also plans to launch a new game subscription service called Apple Arcade internationally by the end of this year.

Britain’s Johnson vows to fight on despite Brexit blows