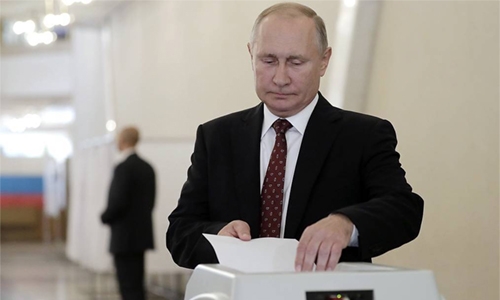 Moscow citizens voted yesterday in some of the most closely observed regional elections in years, after the exclusion of many opposition candidates triggered huge protests in the capital. Early turnout was meagre in the capital for elections that, while only affecting local legislatures and regional governorships, have been earmarked by Navalny and his allies as an opportunity to make inroads against the ruling pro-Putin United Russia party.

The president, asked after voting in central Moscow if he would have preferred more diversity and a bigger number of election candidates, said quality was a bigger factor than quantity. “In some countries there are 30, 50 and 100 (candidates),” he said in comments broadcast by TV channel Russia 24. “The quality of their work does not depend on that. It’s important not how many, it is important of what quality.”