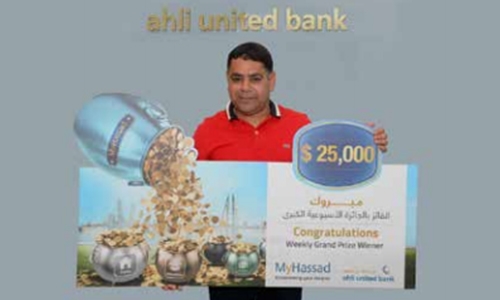 When asked about his plans for the prize, he said: “I have no plans yet so I will invest the prize money in MyHassad programme.” AUB also announced the winners of MyHassad Weekly Grand Prizes for June 2019. Hasan Radhi Ali Ahmed, Sakeena A.Nabi Ebrahim, and Aneesa Hussain Murtaza won a prize of US$25,000 each.

Since its inception, MyHassad has offered cash prizes exceeding BD67 million in Bahrain for more than 16 thousand winners from its customers.