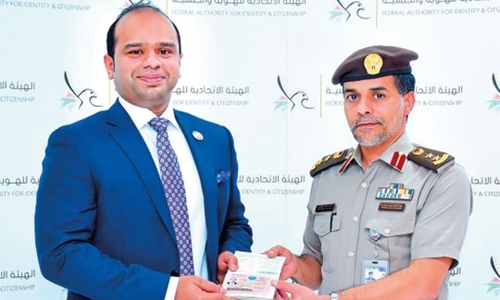 The UAE Cabinet had approved 10-year residency visas for five categories of expatriates including investors, entrepreneurs, chief executives, scientists and outstanding students. “It is a great privilege to receive the Gold Card and is a further recognition of our efforts in the financial services and hospitality industry,” said Adeeb Ahamed.

Adeeb Ahamed is the Managing Director of LuLu Financial Group, which operates more than 185 branches across 10 countries. He also heads Twenty14 Holdings, the leading hospitality investment firm which owns prestigious properties around the world including the Great Scotland Yard in London, Waldorf Astoria Edinburgh in Scotland, Port Muziris – A Tribute Portfolio Hotel in Kochi, India and the Steigenberger Hotel Business Bay in Dubai, UAE.