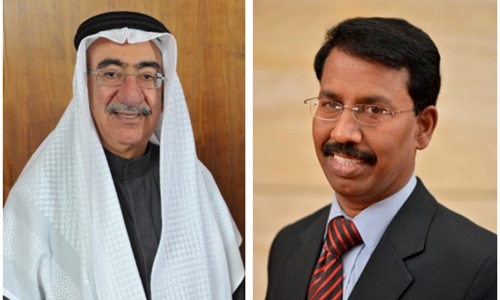 A net profit of BD108k realised from the sale of investments was added to shareholders’ equity to comply with the new IFRS accounting standard. Earnings per share were 3 Fils compared to 5 Fils in the year-ago quarter. As per the new IFRS requirement, the group chose the option of accounting the profit on the sale of investments under other comprehensive income as against the practice of taking the same to the statement of income, which otherwise would have increased the earning per share.

For the first half of 2019, S. Sridhar, Group CEO stated that the group achieved a net profit related to Trafco shareholders of BD 1.1m compared to BD 1.2m in the previous year, with a decrease of 8pc. Earnings per share were 14 Fils compared to 16 Fils last year. The company attributed the decrease to a general decline in the market leading to the overall decline in the profitability of the parent & subsidiary companies with the hike in raw material prices and cost of fuel & energy and increased production cost.

S. Sridhar further said that its overall general and administration expenses including rentals have gone up affecting the net profit though the parent company earned dividends on the share portfolio. Total comprehensive income related to Trafco Shareholders was BD2.1m compared to BD. 1.2m of last year with an increase of 75pc. Operating profit (including minority shares) was BD 933k compared to BD 1,306k of last year, with a decrease of 29pc. This is apart from the profit realised from the sale of investment which was not reflected in the P&L account as indicated above.

Concerning revenue, the group achieved BD 19.3m, compared to BD 20.1m last year, with a drop of 4pc. The total assets for the halfyear reached BD 45m compared to BD 40m as of the last yearend, with an increase of 13pc. The increase is partly due to the creation of a new asset category under ‘Right-of-use assets’ as per new IFRS relating to the group’s leases for land, buildings and other lease-hold assets.