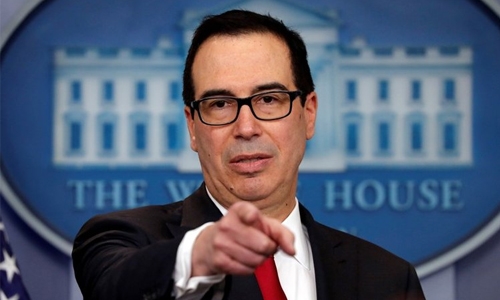 Facebook must meet “a very high standard” before it moves ahead with its planned digital currency Libra, US Treasury Secretary Steven Mnuchin said Monday. Mnuchin said US regulators have already expressed concerns to Facebook about the plan for a global cryptocurrency, noting that these kinds of virtual coins have in the past been associated with money laundering and illicit activities.

“Whether they’re banks or non-banks, they’re under the same regulatory environment,” Mnuchin told reporters at the White House, adding that Facebook “will have to have a very high standard before they have access to the financial system.” Facebook last month unveiled its plans for Libra, widely regarded as a challenger to dominant global player bitcoin.

Expected to launch in the first half of 2020, Libra is designed to be backed by a basket of currency assets to avoid the wild swings of bitcoin and other cryptocurrencies. Mnuchin said the US Treasury welcomes “responsible innovations” that can improve the efficiency of the financial system.

Mixed earnings at large US banks