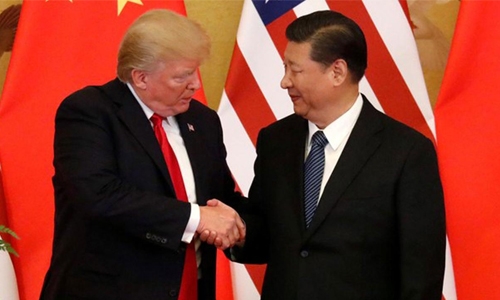 The Group of 20 summit later this month could lead to progress towards a trade deal with China but is not the venue for a “definitive agreement,” US Commerce Secretary Wilbur Ross said yesterday. A day after President Donald Trump threatened to hit China with a new round of tariffs “immediately” if President Xi Jinping fails to meet with him in Tokyo, Ross defended Washington’s aggressive tariff strategy.

Talks between Washington and Beijing broke down last month after Trump accused China of reneging on commitments and after the United States took aim against China’s tech behemoth Huawei. The countries have hit each other steep tariffs on more than $360 billion in bilateral trade, rattling financial markets and business confidence. The impasse has raised expectations that Xi and Trump might jumpstart the talks in Osaka on the sidelines of the G20 leaders’ summit. However Ross tamped down expectations for a final agreement which “is going to be thousands of pages.”

“At the G20, at most, it will be a 40,000-foot level, some sort of agreement on a path forward,” Ross told CNBC. “It’s certainly not going to be a definitive agreement.” But he said there eventually will be a deal. “Even shooting wars end in negotiation.” Trump last month started the process to impose 25 percent tariffs on another $300 billion in Chinese goods but on Monday threatened to impose the taxes immediately if Xi does not show up for a planned meeting in Osaka. Ross said financial markets overreacted to the various tariff threats, including those against Mexico that had been due to take effect on Monday, and said the tariff battles are producing good outcomes.

“I think what people have to learn to do, judge this administration by results. Don’t judge it by interim sound bites,” he said. In a twitter screed Tuesday, Trump hammered home that point: “Tariffs are a great negotiating tool, a great revenue producers and, most importantly, a powerful way to get... Companies to come to the U.S.A and to get companies that have left us for other lands to come back home.”