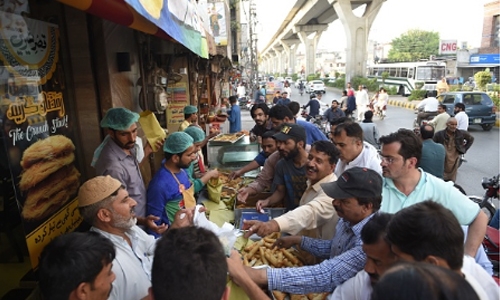 Pakistan to get $6 billion from IMF over the next 3yrs

Pakistan and the IMF have reached a new agreement securing a $6 billion bailout for the cash-strapped country, officials said yesterday, following months of painstaking negotiations between the two sides. The agreement marks Pakistan’s 22nd bailout with the Fund, as the country struggles to stave off a looming balance-of-payments crisis while its economy teeters due to low growth, soaring inflation, and mounting debt.

According to Pakistan’s finance advisor Abdul Hafeez Sheikh the country is set to receive $6 billion from the IMF in addition to $2 to $3 billion from the World Bank and Asian Development Bank over the next three years. “We have a $12 billion gap in our annual payments and we don’t have the capacity to pay them,” Sheik said in a televised address as he announced the new agreement with the fund.

Analysts have warned that any fresh IMF deal would likely come with myriad restrictions that could hobble Prime Minister Imran Khan’s grand promises to build an Islamic welfare state, as the country is forced to tighten its purse strings.

Meluha, an endeavour of Indian artists in Bahrain, lights the ceremonial lamp