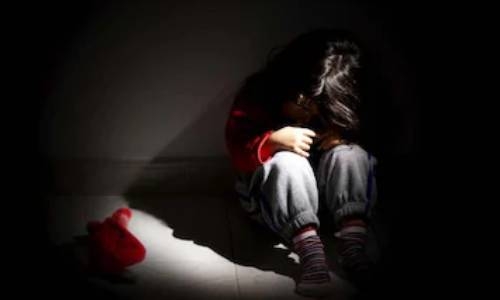 The Court of Cassation sentenced a Bahraini woman to 10 years in prison for torturing her child with her boyfriend’s assistance, causing him a permanent disability estimated at 100%. The pair repeatedly assaulted the child.

His medical reports indicated impaired respiratory and brain function, bruises, epilepsy, and a permanent disability estimated at 100% after suffering incurable blindness. The child became seriously ill while the defendant was with her boyfriend at her apartment.

After turning to the neighbours for help, she called for an ambulance. The medical staff immediately noted that the victim was in critical condition but placed him on medical devices to keep him alive. Police were informed of the child’s condition and investigation revealed that he had been assaulted, bruised and wounded in various parts of his body.

The police immediately went to the defendant’s house. The defendant denied involvement in the crime, claiming to have been surprised by the victim’s cries while she was cooking. On the day of the incident, she claims to have found him in a frantic state, screaming, and the child appeared to suffocate and gasping for breath.

Through prosecution investigations and social services hearing testimonies of the victim’s sibling, it was found during post-examination that they were subjected to assault, bruises, scratches, and abrasions.

The two children stated that the defendant and her boyfriend repeatedly hit them. They mentioned various forms of torture, including beatings with electric wires, slippers, and burning with cigarettes.