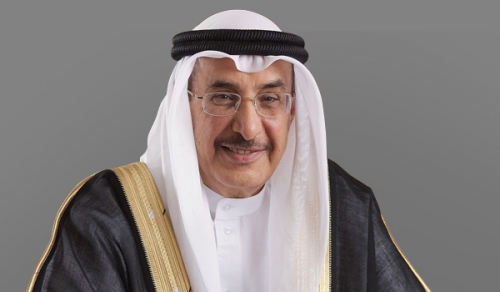 The Cabinet is committed to ensuring that government workstreams reflect the visions of His Majesty King Hamad bin Isa Al Khalifa and the directives of His Royal Highness Prince Salman bin Hamad Al Khalifa, the Crown Prince and Prime Minister.

The Cabinet made the assurance during the weekly meeting chaired by the Deputy Prime Minister, Shaikh Khalid bin Abdulla Al Khalifa, at Gudaibiya Palace yesterday. It extended gratitude to HM the King following the royal decree issued to form the new Cabinet.

The Cabinet noted its commitment to improving further economic, social, and government services, and commended the efforts of the former ministers in executing the government’s goals and wished them success in their future endeavours.

It noted the importance of building on the outcomes of the Future Aspirations Workshops to achieve the Kingdom’s sustainable development goals for the benefit of the Kingdom and its citizens.

The Cabinet congratulated the members of the Shura Council for the royal trust bestowed on them, wishing them success in carrying out their legislative duties.

It also highlighted the government’s commitment to continue constructive cooperation with the Legislative Authority to serve the Kingdom and its citizens.

Following a review of a memorandum submitted by the Minister of Finance and National Economy regarding the Economic Recovery Plan, the Cabinet followed up on the plan’s implementation.

The memorandum revealed that 21 of the 27 programmes included in the plan had been completed and that work is underway to complete the implementation of the remaining 6 programmes.

The memorandum also showed an increase in many economic indicators. In this regard, the Cabinet commended the efforts of the authorities who have achieved these goals.

The Cabinet also noted the constructive cooperation between the Executive and Legislative Authorities and the role of the private sector in supporting the implementation of the priorities and programmes within the Economic Recovery Plan.

The Cabinet noted the importance of the inauguration of Exhibition World Bahrain, which was held under the patronage of HM the King and attended by HRH the Crown Prince and the Prime Minister, in establishing Bahrain as a leading hub for global exhibitions and conferences.

The Cabinet highlighted the great success of Cityscape Bahrain 2022 and Jewellery Arabia 2022, which were the first events held at the Exhibition World Bahrain.

It noted the high turnout at the events, which reflects the continued growth and development of the real estate and commercial sectors.

The Cabinet congratulated Her Royal Highness Princess Sabeeka bint Ibrahim Al Khalifa, Consort of HM the King and President of the Supreme Council for Women (SCW), on the issuance of the royal decree appointing members of the SCW in its eighth session, and on the occasion of Bahraini Women’s Day.

It commended the efforts of the SWC in empowering Bahraini women in various fields.

The Cabinet followed up on the passing of a worker and the injuries of others in one of Al Lawzi rainwater drainage projects and directed the relevant authorities to conduct a detailed investigation to determine the causes of the accident and to take legal measures to ensure that it does not occur again.

The Cabinet also highlighted the importance of educating workers and employers about occupational safety and health requirements, in light of the report submitted by the Minister of Works.