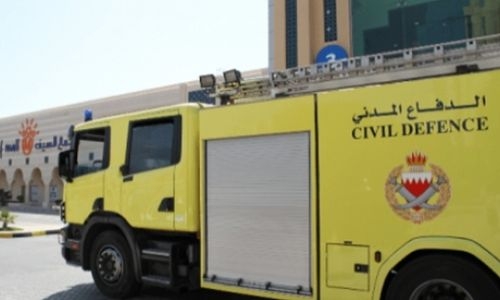 One person died of suffocation, while five others were injured when a fire broke out in a house in Isa Town.

Civil Defence force personnel who reached the scene pulled out the injured people from the fire-hit house and rushed them to a hospital on the National Ambulance.

The victims suffered smoke inhalation injuries and are under medical care.

The person who died, police said, was found trapped inside the smokefilled house.

Residents nearby told Tribune that they saw smoke billowing out of the house and feared for the life of people inside.

Meantime, police cordoned off the area to remove spectators and make way for rescue efforts.

When the firefighters reached the house, there was smoke everywhere.

During the search operation, the fire personnel found the people trapped inside and immediately brought them out.

However, doctors declared that one of the victims had died of suffocation.

A detailed probe is on to ascertain the cause of the fire.

Initial investigation indicated a short circuit as the cause of the fire.

1,245 building permits issued so far this year on Benayat: minister